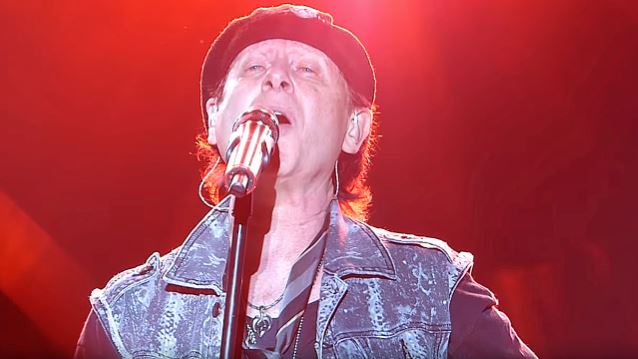 German hard rock legends SCORPIONS were forced to cut short their concert in Hamburg last night (Monday, March 21) because of a "viral infection" affecting the voice of the band's lead singer, Klaus Meine. The band reportedly performed for about thirty minutes before calling off the rest of the gig. It is not presently clear if Meine will be well enough to take part in SCORPIONS' next performance, which is scheduled for Wednesday (March 23) in Leipzig.

Fan-filmed video footage of the first two songs of SCORPIONS' Hamburg set can be seen below.

Asked in a 2010 interview how he maintains his voice after all these years, Klaus said: "I try to treat my voice with a little more respect and try to keep it in a good balance. After so many years, I am a lucky person and that I survived my lost voice during 'Blackout' in 1982… I did not play six shows [a week] anymore after that and just took care of myself."

He continued: "There is a bad word in rock and roll called discipline, you have to be on the safe side to make it through a tour. When everybody throws a party, the poor singer has to take care of his voice. Now I do all of the parties I missed back then; it is my turn!"

Klaus said that the period around the recording sessions for "Blackout" was "a very difficult time." He explained: "It was [SCORPIONS guitarist] Rudolf [Schenker who] was a very strong support to take me through this thing. [He said] 'You do everything for your voice, and we'll wait for you. We don't want another singer, but you have to work hard on yourself to make it happen.' It took me six or seven months, and then my voice was back."

SCORPIONS last year completed the 2015 U.S. leg of their 50th-anniversary tour, which also is in support of their latest studio album, "Return To Forever". 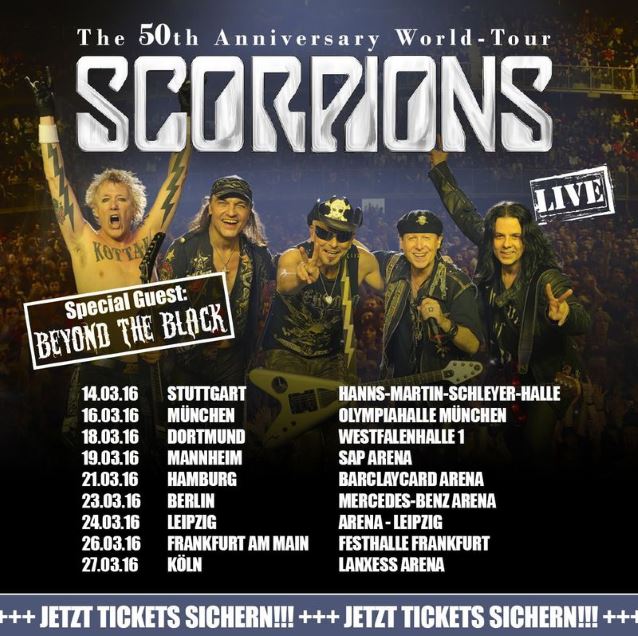