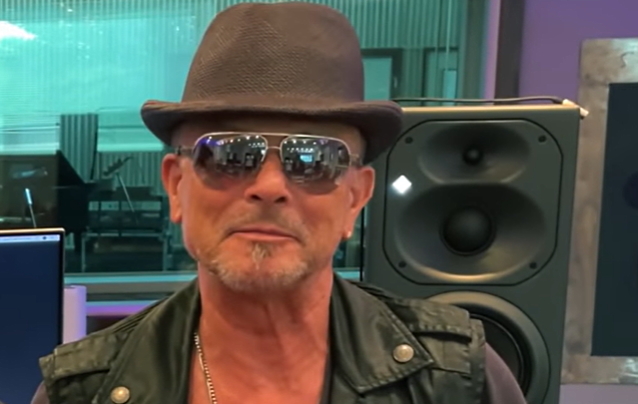 SCORPIONS Guitarist RUDOLF SCHENKER: We Wanted To 'Make Bridges With Our Music'

In a new interview with Headliner Chicago, SCORPIONS guitarist Rudolf Schenker spoke about the band's enduring commercial success. He said (as transcribed by BLABBERMOUTH.NET): "I think that we, because we're coming from Germany, have a complete different view [of] rock and roll. We weren't born in England or America, where rock and roll was really born. We learned from our idols, and we said to ourselves, in Germany we want to go and make bridges with our music, show that from Germany they're not coming with tanks and making war; they're coming with guitars, playing love, peace and rock and roll. And I think this power in this basic foundation of this thought made the band very strong. We didn't make rock and roll not only for fun — of course for fun, but with a deep message behind it. And that's the very important point, and that's the reason why we try to build the right chemistry in all our years that we can live together and when we are on tour we have fun and we can talk still together and not only on stage. And that's, I think, a very positive point for the SCORPIONS and that's the reason why we still are 'rock believers.'"

Fresh off of their sold-out "Sin City Nights" Las Vegas residency, SCORPIONS will kick off a two-month-long Live Nation-produced run of dates on August 21 in Toronto, with additional concerts in Los Angeles, Detroit, Chicago, Dallas, and Denver, among others. In addition to WHITESNAKE, Swedish band THUNDERMOTHER will be joining the tour.