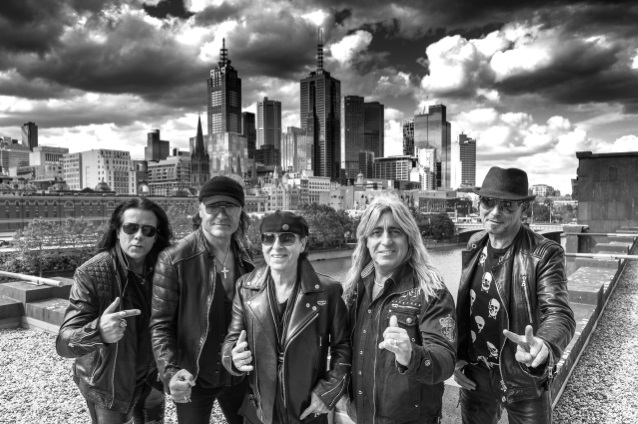 Legacy Recordings, a division of Sony Music Entertainment, will release"Born To Touch Your Feelings - Best Of Rock Ballads", an essential anthology of new and classic recordings from the seminal German hard rock band SCORPIONS, on Friday, November 24.

"Born To Touch Your Feelings - Best Of Rock Ballads" will be available for digital streaming and download as well as a 1CD physical configuration.

Showcasing SCORPIONS' career-spanning command of the rock power ballad idiom they helped pioneer and engineer to perfection, "Born To Touch Your Feelings - Best Of Rock Ballads" includes definitive interpretations of some of the group's most beloved rock anthems as well as the premiere of two brand-new SCORPIONS songs — "Melrose Avenue" and "Always Be With You" — and a scorching 2017 version of "Follow Your Heart", the album's first single.

"Nowadays, ballads are the pinnacle of rock music," says SCORPIONS frontman Klaus Meine. "If they're well-written, they will go straight to the hearts of the fans."

"Growing up, we didn't really listen to Mozart or Haydn but rather to Elvis, THE ROLLING STONES or Little Richard," says SCORPIONS founder Rudolf Schenker. "But still, the more serious kind of music is what we were influenced by starting at a very young age. There's no denying that."

Forty years ago, the SCORPIONS song "Born To Touch Your Feelings" was released for the first time and it stands to this day as an abiding musical credo of Klaus Meine, Rudolf Schenker, Matthias Jabs, Pawel Maciwoda and Mikkey Dee.

Meine revealed during last month's SiriusXM Town Hall radio interview that the band's record company "wanted us to come up with a couple of bonus tracks" for the best-of-ballads collection "and we went in the studio and everybody came up with great ideas… We just finished a recording session and listened to the first mixes and stuff, and it sounds pretty good. It's gonna be a 'best of ballads,' but with those new tracks. And it's gonna be a cool project."

Regarding how the idea for the collection came about, Klaus said: "Sony Music approached us and said, 'C'mon, guys. You have so many powerful songs. And we wanna put it together in some kind of compilation you guys never did before.'"

SCORPIONS were recently forced to cancel the remainder of their North American tour dates with MEGADETH after Meine was diagnosed with "severe laryngitis." The singer was advised by a top throat specialist in Los Angeles to rest his voice or risk permanent vocal damage. 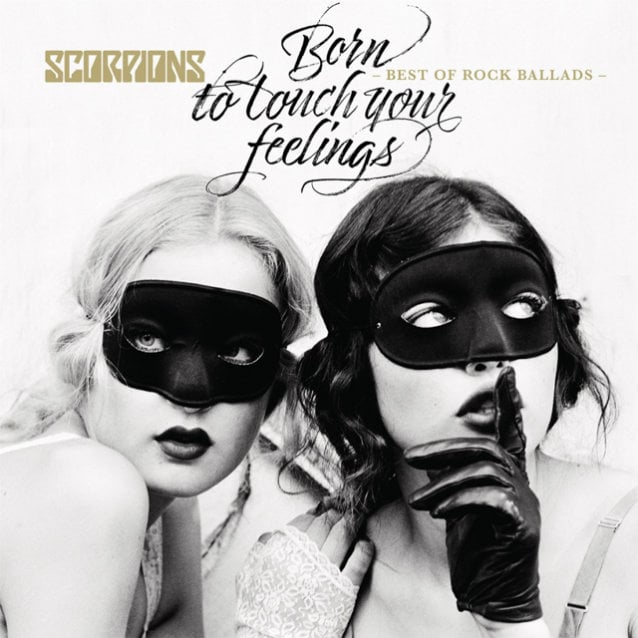