Scott Stapp has announced the postponement of his European tour, which was scheduled to take place this October/November. Due to the ongoing global pandemic, the trek is now being pushed to early 2022, kicking of in Leeds, U.K. on February 10. 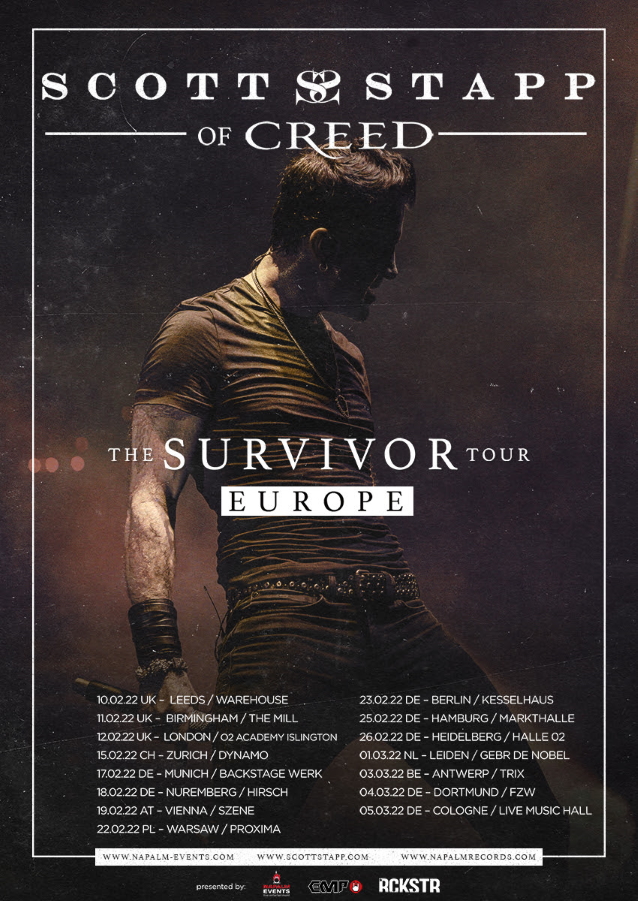