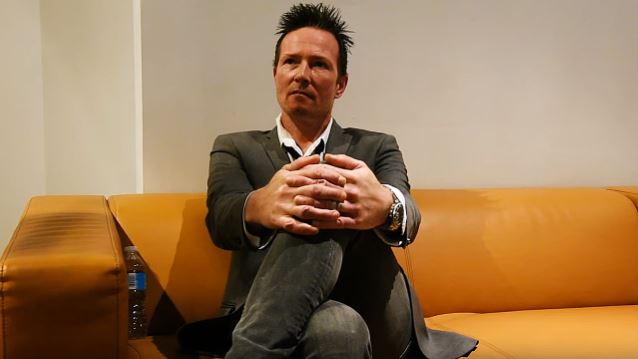 Asked how involved the families of the artists are in the process of creating each urn, Saari told People magazine: "It's a very collaborative process with the family. We suggest themes and ideas, then we ask them to guide us with specific details they would like to incorporate. You end up feeling like you really knew this person. We really develop a closeness with the families we serve. We were even asked to attend Lemmy's and Prince's funerals, which was an unexpected honor."

He continued: "The family will often send photographs or sketches or just describe ideas. We then synthesize those elements and start providing visual files back to the family. We'll continue to refine and edit until the family agrees that the piece is perfect. We don't make anything until it's perfect."

Weiland, whom STP parted ways with in 2002 and again in 2013, was found dead last December on his tour bus at the age of 48 from a toxic mix of drugs and alcohol. He was touring with his band THE WILDABOUTS in support of their 2015 album "Blaster". He left behind two teenage children with his previous wife, Mary Forsberg Weiland.

Weiland's former bandmate, STONE TEMPLE PILOTS bassist Robert DeLeo, told Rolling Stone that when the singer was at his best, "Scott was leading us. He had the power and charisma. It was as if we were getting baptized every night."

STP guitarist Dean DeLeo said: "Everything came easy to him — riding a horse, waterskiing, basketball." But Dean added that Scott couldn't stop "racing, worrying. He had a hard time accepting help, allowing himself to receive it."

Scott's manager at the time of his death, Tom Vitorino, said that Scott — who went from playing arenas with STP to struggling to fill clubs with THE WILDABOUTS — was "well aware of where he was in his career, of how he got there." Vitorino recalled Scott asking him why he would want to get involved with the troubled singer, to which Vitorino said he replied, 'Because you don't have a talent problem.'"

Robert DeLeo said he went into his garage and looked through his STP memorabilia after Scott's death, explaining, "I was looking back at all the stuff I saved. That's how I want to look back at Scott: for what he added to my life."

.@foreverence_us says it's "made itself available" to @Prince circle. Here's their urn for Scott Weiland @STPBandpic.twitter.com/SG9iMG7r9R

How the Company Behind Prince's Custom Urn Revolutionized How We Remember Rock Stars https://t.co/lWlT0nrh9L via @people