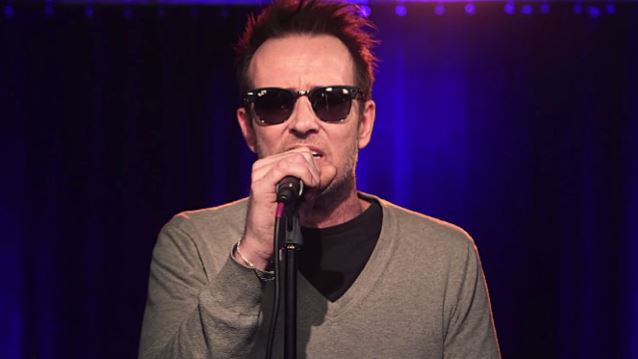 Scott Weiland's wife has told TMZ.com that her husband was not doing drugs before he was found dead on his band's tour bus Thursday night (December 3).

Jamie Weiland, who met Scott in 2011 on the set of his music video for "I'll Be Home For Christmas", one of the singles from his "The Most Wonderful Time Of The Year" solo album, claims the singer was drug free for years, although she admits he has been drinking socially.

According to TMZ.com, drugs were found on the bus, but Jamie insists they were not Scott's. She tells the site that there was a pact among the members of Scott's band, THE WILDABOUTS, not to do drugs. Jamie told TMZ.com: "He [Scott] was the best he has ever been."