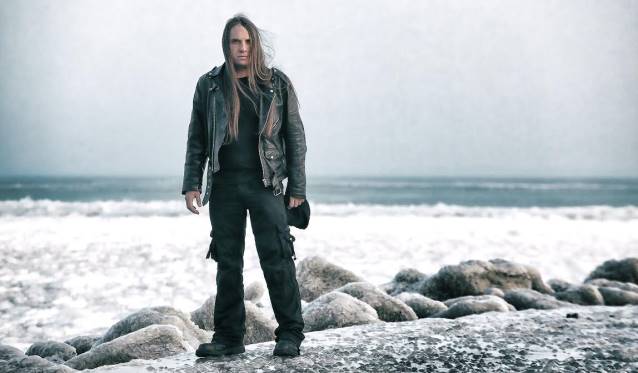 Says Andras: "I've formed this 'band' in order to express my diverse feelings and thoughts with the help of a wider range of instrumentation and without any musical boundaries.

"It's been a while since I started writing music for a possible solo project, but I was always too busy to make it real. Now the time has come to give life to this idea and I fully focus on the creation of a full-length album.

"Though several songs have already demo versions, it's a bit early to share any sonic expressions for the time being.

"The album will be recorded in the summer and hopefully released later this year. There will be some guests too on the record and it will be produced by Viktor Scheer. The music will be quite different compared to SEAR BLISS."

As for SEAR BLISS, the band will play at Dark Easter Metal Meeting in Munich, Germany on April 20 along with TRIPTYKON and others.