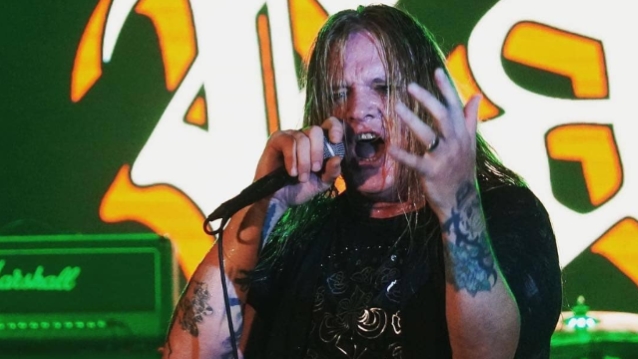 SEBASTIAN BACH: 'Dance On Your Grave' 360-Degree Video From 80S IN THE SAND Festival

360-degree video footage of Sebastian Bach performing the song "Dance On Your Grave" at the 80s In The Sand music festival, which was held last November in the island paradise of Punta Canta, Dominican Republic, can be seen below. The clip was filmed for of AXS TV's all-new series "80s In The Sand", which premiered this past Sunday (April 14).

Bach is about to sign a new record deal for his upcoming solo album. The disc, which is not expected to arrive before late 2019 at the earliest, will feature contributions from several well-known guitarists, including John 5 (ROB ZOMBIE, MARILYN MANSON),Steve Stevens (BILLY IDOL) and Orianthi (ALICE COOPER).