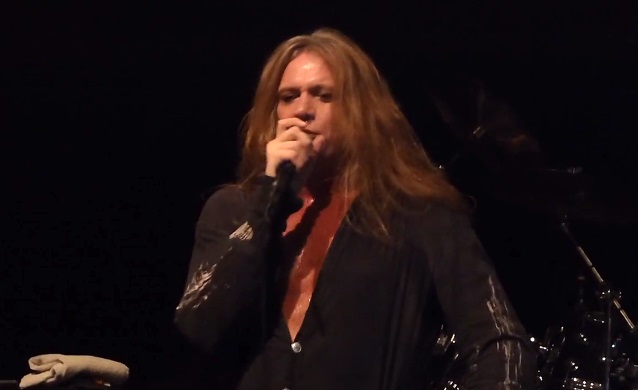 Fan-filmed video footage of Sebastian Bach's July 6 performance at De Bosuil in Weert, The Netherlands can be seen below.

The cover for "Give 'Em Hell" was once again handled by Richard Villa, who worked on "Kicking & Screaming". Incorporated into the album design is one of the paintings by Sebastian's late father David Bierk, who painted the artwork for SKID ROW's "Slave To The Grind", inside artwork for SKID ROW's "Subhuman Race", and Bach's solo albums "Angel Down" and "Bring 'Em Bach Alive!".

The video for the CD's first single, "Temptation", was directed by Patrick Fogarty, who has previously worked with BLACK VEIL BRIDES, PICTURE ME BROKEN and THE BURNING OF ROME.