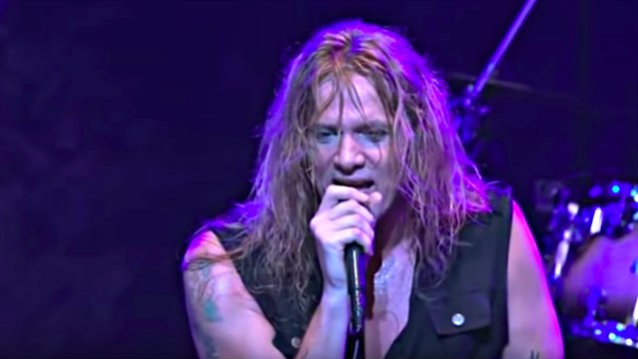 Fan-filmed video footage of former SKID ROW singer Sebastian Bach performing a cover version of the PANTERA classic "Cemetery Gates" as a tribute to PANTERA members Vinnie Paul Abbott and "Dimebag" Darrell Abbott on July 2 at Foufounes Électriques in Montreal, Quebec, Canada can be seen below.

Back in 2015, Bach told Australia's "The Morning Show" that PANTERA was the "craziest" band to tour with. "I warm up my voice doing scales — all this boring vocal stuff — and they would warm up by doing 14 shots of Crown Royal [whisky]," he said. "'We're ready! Let's go!'"

After Dimebag was murdered on stage in December 2004, Bach released a lengthy message in which he said that "it was an absolute dream to stand on the side of the stage every night witnessing PANTERA's rise to fame, night after night, city after city," when SKID ROW and PANTERA toured together in 1992. "To have those crazy fuckers as my friends was something I will never forget," he said.

Vinnie Paul was buried on Saturday (June 30) next to his brother and their mother, Carolyn, at Moore Memorial Gardens cemetery in Arlington, Texas.