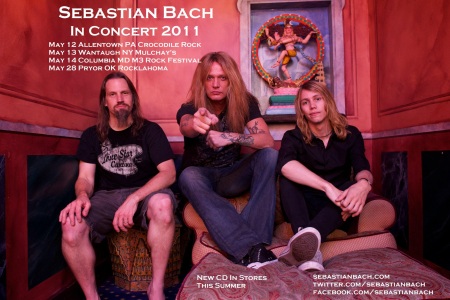 In two separate Facebook postings dated March 23, Bach writes, "Recording continues today! We are into the vocals now and everything is sounding great! We are making sure that the CD is energetic, powerful, cool, heavy, melodic, and rocking like a sonofabitch.

"I hate to make comparisons, but I swear the song Nick Sterling is cutting right now is like a cross between RAGE AGAINST THE MACHINE and THE WHO, with a little BLACK SABBATH thrown in for good measure. Guitar wizardry is underway."

Check out photos at this location.