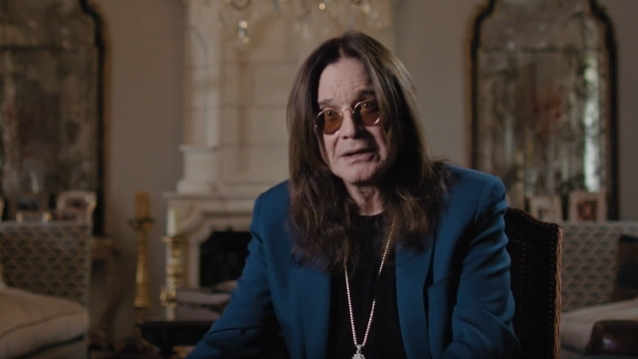 See OZZY OSBOURNE And TONY IOMMI In New Trailer For 'Rockfield: The Studio On The Farm' Documentary

Abramorama announced today that is has acquired U.S. distribution rights to "Rockfield: The Studio On The Farm", the story of the first residential recording studio, told through 40-plus years of behind-the-scenes archival footage of sessions for some of the greatest bands in rock history. Directed by Hannah Berryman ("Miss World 1970: Beauty Queens And Bedlam"),the film features interviews with Rockfield founders, brothers Kingsley and Charles Ward, as well as Chris Martin (COLDPLAY),Jim Kerr and Charlie Burchill (SIMPLE MINDS),Robert Plant (LED ZEPPELIN),Ozzy Osbourne (BLACK SABBATH),Liam Gallagher (OASIS) and many more.

"Rockfield: The Studio On The Farm" has played around the globe at festivals from SXSW to the Warsaw, Athens, Reykjavik and Barcelona film festivals. Abramorama will make the film available at www.rockfieldfilm.com as a Watch Now @ Home direct-to-consumer release prior to it being available on any other platform.

Acquiring "Rockfield: The Studio On The Farm" continues Abramorama's long-standing reign as the leading theatrical distributor for music driven documentaries.

BLACK SABBATH, QUEEN, THE STONE ROSES, OASIS, COLDPLAY, SIMPLE MINDS, Robert Plant, MANIC STREET PREACHERS are some of the greatest bands and musicians of our time, but what is the one thing these titans of music have in common besides being from the U.K.? Recording at the first residential studio. 50 years ago, deep in the Welsh countryside, two brothers were milking cows and preparing to take over the family farm — but dreamed of making music. They had the audacious idea to build a studio in their farmhouse attic and record their own tunes. Animals were kicked out of barns and musicians were moved into Nan's spare bedroom. Inadvertently, they'd launched the world's first independent residential recording studio: Rockfield.

"In a way the film was about group dynamics, the intensity and ‘make or break' nature of residential recording, something that with technology is on the wane," said Berryman. "That intensity almost broke some bands, but it also produced tracks that have stood the test of time, and maybe you can hear everything that went on this isolated farm in that music, the pleasure and the pain."

Abramorama's CEO Richard Abramowitz and head of music Evan Saxon said: "Rockfield has a special place in music history and Hannah has created a delightful, insightful film full of great stories, great music and great fun. We feel lucky to be able to bring it out into the world."

In a new trailer for "Rockfield: The Studio On The Farm", BLACK SABBATH's Ozzy Osbourne and Tony Iommi recall how they rehearsed 1970's "Paranoid" at Rockfield. "We didn't realize what we were doing," Osbourne says. "We didn't go, 'I know, let's invent heavy metal!' It just happened."

Among the albums that were recorded at Rockfield are QUEEN's "Bohemian Rhapsody", RUSH's "A Farewell To Kings" and "Hemispheres", JUDAS PRIEST's "Sad Wings Of Destiny", MOTÖRHEAD's "On Parole" and BLACK SABBATH's "Dehumanizer". Robert Plant, Iggy Pop, SIMPLE MINDS, THE STONE ROSES, OASIS, COLDPLAY and more have also made music and mayhem at Rockfield over the decades.

"Rockfield: The Studio On The Farm" is an extraordinary story of rock and roll dreams intertwined with a family business's struggle for survival in the face of an ever-changing music landscape. Amazingly, Kingsley and his wife Ann, now in their 80s, are still at the helm today, with daughter Lisa "front of house." What is it about this small Welsh farm that made it a major competitor, holding its own against studios such as Abbey Road and Electric Lady? In this film, the bands share with us tales of how they ended up at Rockfield, what it was like, and revisit some of the magical moments of musical genius that resulted in some of the best-known songs of our time. 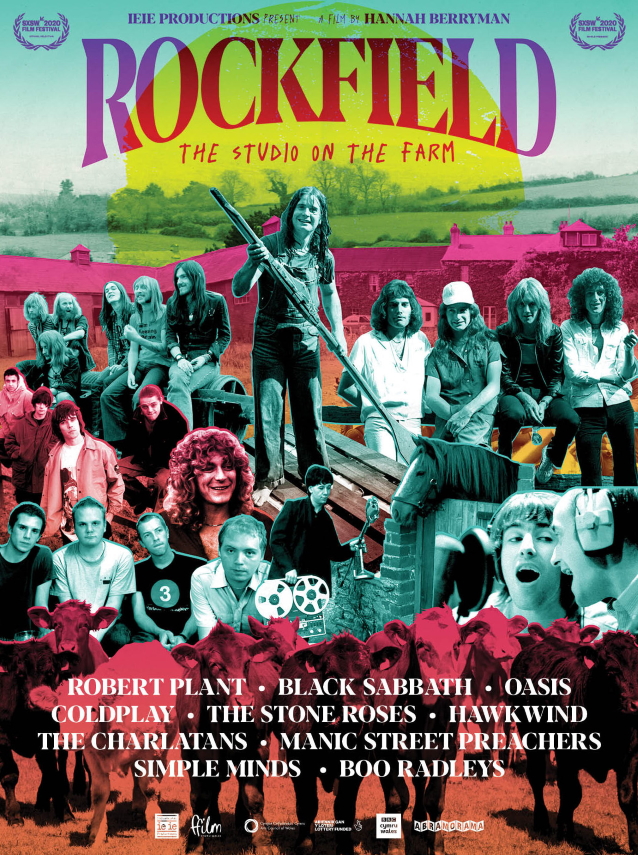