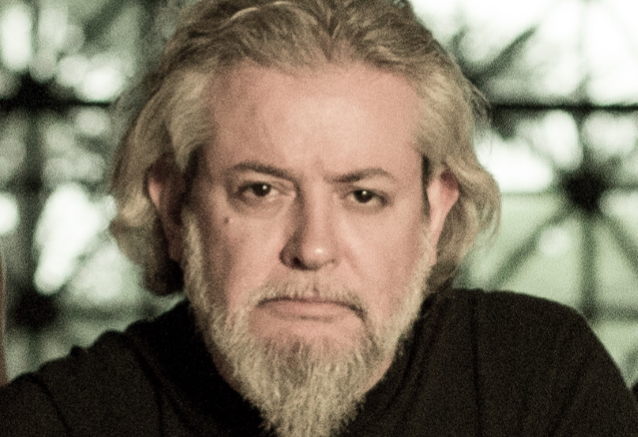 SEPULTURA Bassist: Reunion With MAX CAVALERA Would Have To Happen 'Naturally'

SEPULTURA bassist Paulo Xisto Pinto Jr. says that a reunion with former frontman Max Cavalera would have to happen "naturally."

Asked in a new interview with the "Scars And Guitars" podcast if he has had any contact with Max in the last 10 years or so, Paulo responded (hear audio below): "Not at all. Zero. [Laughs] We just separated. Each one of us went to [his] own path."

Addressing the possibility of a reunion with Max, Paulo said: "I don't know about the future, but right now — I don't like to force the situation that's not there anymore. If one day it comes to terms, it has to come naturally. So far, that hasn't happened. But I really don't bother and think about that too much anymore. That was 20 years ago. And I just keep going. You cannot make everybody happy in this world. The best thing [you can do is] learn from your mistakes and keep walking and try to do better in the future."

Paulo went on to praise Max's replacement Derrick Green, who has fronted SEPULTURA for more than 20 years, starting with 1998's "Against" album.

"It was not easy to replace — I never say 'replace,' but to fill someone else's shoes after what we achieved back in the time," the bassist said. "And I knew only time would make people think differently. And Derrick's been with us for 22 years, I believe, now, and it's a long ways. I think he has grown up and really filled those shoes in a very good way, and I don't think he has to prove anything to anybody else. And the new record ['Quadra'] establishes this. It's a big step, not only for him, but I think for all of us."

According to Paulo, Derrick has a much more versatile voice than Max ever did, making it possible for SEPULTURA to explore different musical avenues.

"Derrick is a very unique singer," Paulo said. "He can really sing. He's an American black man, and those motherfuckers can sing. [Laughs] And he really brought a new approach to the band, as [did drummer] Eloy [Casagrande] as well. He's a very unique drummer, he's a very technical drummer. So those two guys really make a difference. And, of course, me and Andreas [Kisser, guitar], we're there for many, many years, and we're old and we know each other for a long time. We're like brothers. And the combination of the four of us, it's what it is, making this very unique music nowadays. It's good to be here, at the end of the day. I'm very happy I'm doing this. And I'm still happy with what I'm doing, I'm still happy with the band, despite all the [different] formations. This lineup respects the whole history of the band, and we're not there to hide our past. We're just here to respect and play the music and try to be the best that we can. And I think we achieved this with this new record."

During the "Scars And Guitars" chat, the SEPULTURA bassist was also asked about Max's previous comment that Paulo didn't play bass on some of the band's earliest recordings. He replied: "Andreas recorded [bass on] 'Schizophrenia' and 'Beneath The Remains' for me. But I had to play live, which is the main challenge. Whatever it takes to make the band happy and to make it work, we'll do it. But Andreas did the record. I was 'studio scared.' Up to this day, I still have some hard time to record. I really don't like to be in the studio that much; it's not my thing. I like to be on stage and play live. But nowadays, I'm much more confident to be in the studio. But it's not my real thing. [Laughs]"