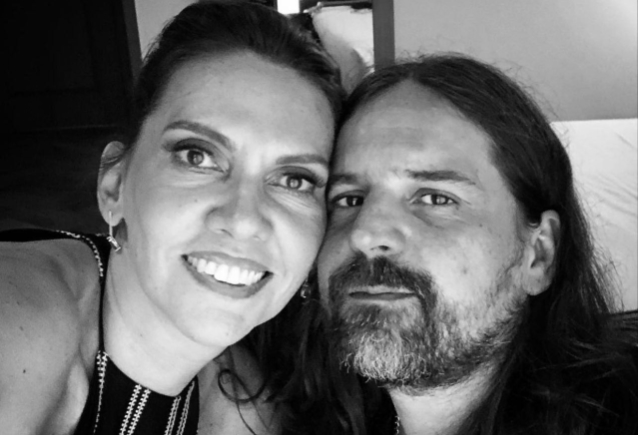 SEPULTURA guitarist Andreas Kisser is mourning the death of his wife.

Patricia Perissinoto Kisser passed away Sunday morning (July 3) after a battle with colon cancer. She had just turned 52 years old one day earlier.

Andreas and the couple's three children, Giulia, Yohan and Enzo, announced Patricia's death in a social media post earlier today. They wrote: "It is with deep sadness that we have to share that Patricia Perissinoto Kisser passed away this morning. She will remain in are memories forever.

Late last month, Andreas left SEPULTURA's European tour due to what was described at the time as a "family emergency." He is being temporarily replaced on the road by Jean Patton of fellow São Paulo, Brazil-based heavy metal act PROJECT46. 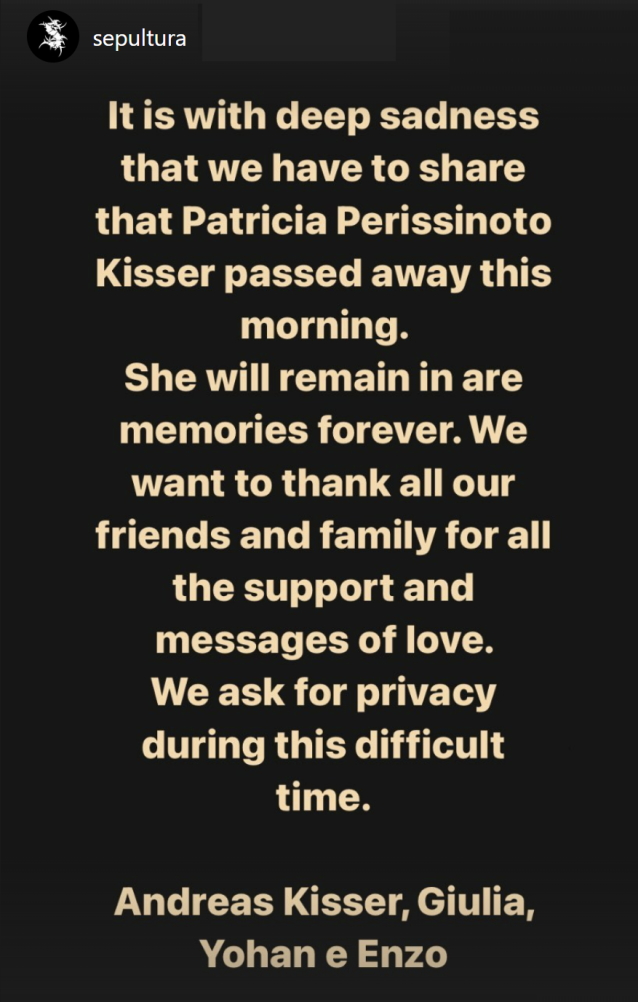