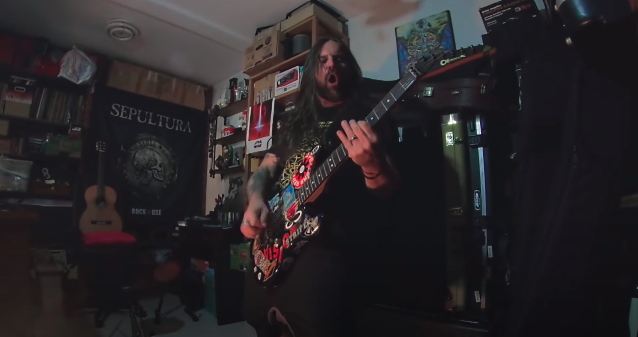 SEPULTURA recently launched "SepulQuarta", a weekly event where the band gives insight into its colorful history, take part in question-and-answer sessions with fans and performs music while in quarantine. In the latest video, which can be seen below, SEPULTURA plays through the "Chaos A.D." classic "Refuse/Resist".