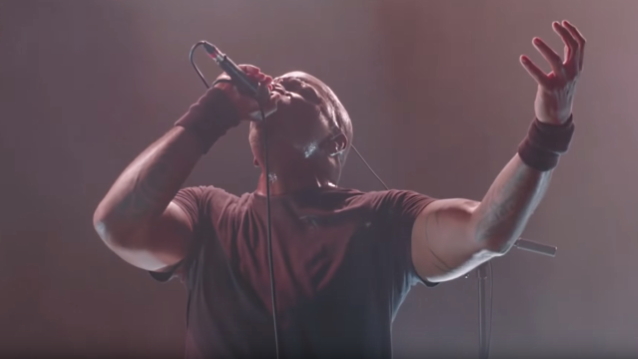 ARTE Concert has uploaded professionally filmed video footage of SEPULTURA's entire November 26 concert at La Maroquinerie in Paris, France. Check it out below.

SEPULTURA will release its new album, "Quadra", in early 2020 via Nuclear Blast Records.

Singer Derrick Green explained: "The experience was like no other time in the studio. I felt the preparation was key in making the recording process go as smooth as possible. We were relentless each day giving everything that we had until complete exhaustion of the mind, body, and soul. This album is a direct result of the sign of times. The music is an evolution needed to push ourselves to go further than we ever have."

The cover for "Quadra" was created by Christiano Menezes for Darkside Books. Revolving around the meaning of the number 4, the concept goes much deeper, as guitarist Andreas Kisser explained. "Quadra, among other meanings, is the Portuguese word for 'sport court' that by definition is a limited area of land, with regulatory demarcations, where according to a set of rules the game takes place," he said.

"Money, we are enslaved by this concept," he continued. "Who's poor and who's rich, that's how we measure people and material goods. Regardless of your Quadra, you need money to survive, the prime rule to play this game called life. Hence the coin.