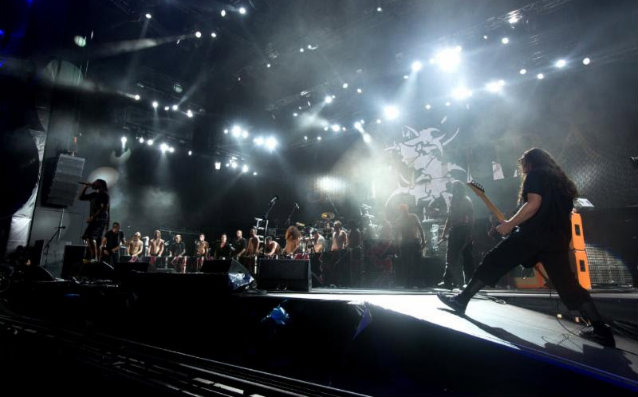 In a spectacular performance that finds SEPULTURA accompanied throughout by the French industrial percussion group LES TAMBOURS DU BRONX, notorious for beating 225-liter barrels with beech wood bats or even axe handles, the show was recorded from the band's main stage appearance at the legendary Rock In Rio festival in 2013. Featuring SEPULTURA's most revered tunes — including "Refuse/Resist", "Territory" and "Roots Bloody Roots", the latter of which sees the audience chanting the entire cut from beginning to end — the sheer volume of sound, percussive enormity and powerful presentation sets this release apart from any previous SEPULTURA concert offering to date.

With a one-hour run time divided into thirteen cuts, the album also features a cover of THE PRODIGY's "Firestarter", the fan-chanted "Sepulnation" and music from the band's "Kairos" full-length.

"Metal Veins - Alive At Rock In Rio" will come available on CD, DVD and for the first time in the band's history, Blu-ray via a partnership with Rock In Rio, MZA Music and Eagle Rock Entertainment. In addition, the DVD includes an exclusive documentary of behind-the-scenes preparation with interviews, rehearsal and soundcheck footage and clips of the band just seconds before they hit the stage.

The "Roots Bloody Roots" performance clip, taken from "Metal Veins - Alive At Rock In Rio", can be seen below. 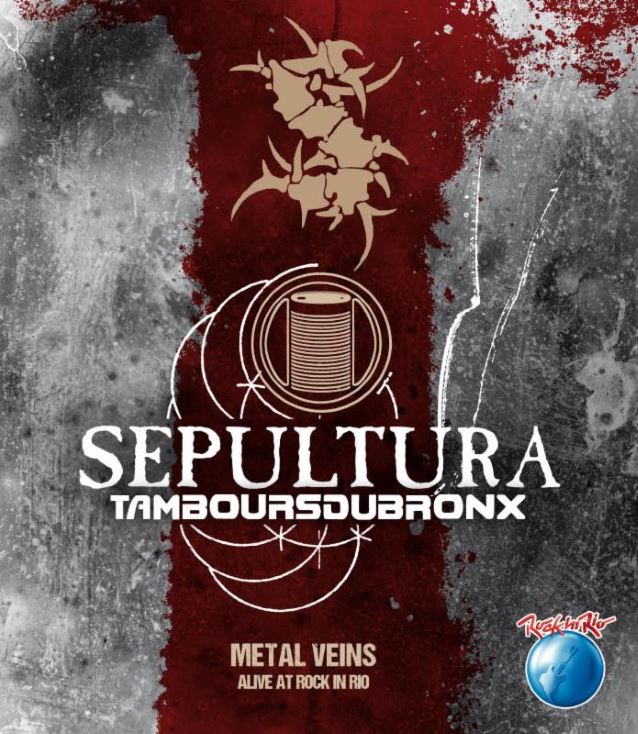