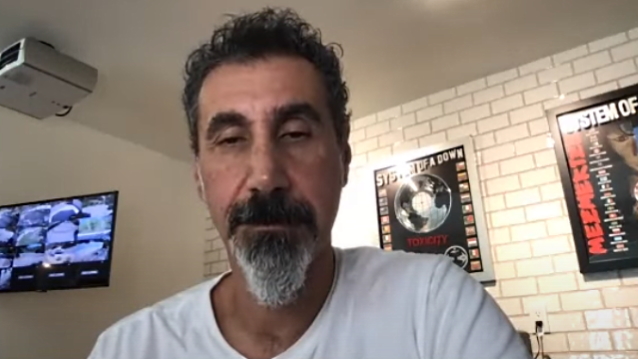 In a new interview with Revolver, SYSTEM OF A DOWN frontman Serj Tankian confirmed that he is working on a new memoir-style book. "It is a form of a memoir," he said (as transcribed by BLABBERMOUTH.NET). "I was originally disinterested in writing a memoir. I was more interested in writing about the intersection of justice and spirituality, which has been in my head for many years. And when I had an agent approach me, it was kind of, like, they were interested in a memoir, I was interested in this story, and we agreed to make it a hybrid. So it's, if you will, a philosophical memoir. So it's gonna be a little different from your typical memoir in that sense."

As previously reported, Serj will release a new five-song EP titled "Perplex Cities" on October 21 via Serjical Strike. "Perplex Cities" is Serj's second EP in the last couple of years, following his 2021 release of the hard-hitting "Elasticity" EP.

For those interested in his musically composed art, Tankian will be debuting new paintings at Stephanie's Gallery in the Los Angeles area beginning October 9. The exhibition is titled "Shapeshift – A Dynamic Dive Into Diversity" and extends through November 1. As with his previous artworks, each of these new paintings will be accompanied by a musical score that corresponds with the paint on canvas.