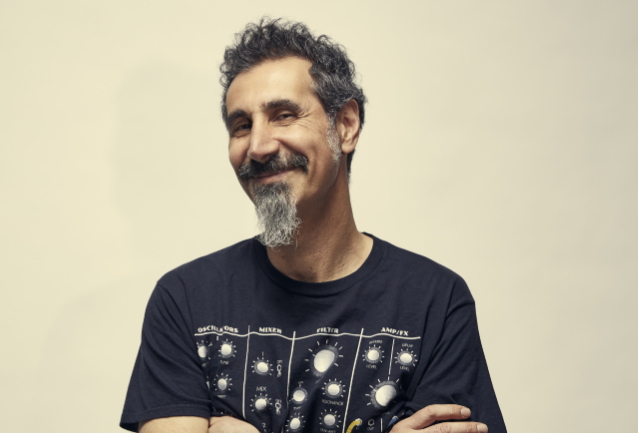 Serj Tankian has released a video for the song "Rumi", a tribute to both the 13th century Sufi poet and Tankian's six-year-old son of the same name.

"Lyrical specificity in music is generally discouraged because less people internalize them as they have less of a personal connection," explains the SYSTEM OF A DOWN frontman of his out-of-character decision to share the lyrics to the track. "But there are cases where it is vital if the inspiration and muse is specific. In this case, a father talking to his son and reverence to the poet that inspired the son's name could not be re-written so one can generalize."

The Craig Ray-directed and -produced video is the fourth song from the widely praised five-track "Elasticity" EP (Alchemy Recordings/BMG) to receive a visual companion, with the Los Angeles- and New Zealand-based musician previously releasing clips for "Your Mom", "Elasticity" and "Electric Yerevan".

Regarding how the idea for "Elasticity" came about, Serj said: "When I conceived possibly doing another record with the guys from SYSTEM OF A DOWN a few years back, I started working on a set of songs that I arranged in rock format for that purpose. As we weren't able to see eye to eye on the vision going forward with an SOAD album, I decided to release these songs under my moniker." With his trademark eclecticism and one-of-a-kind vocal style, Serj delivers a collection that runs the gamut from hard-driving, electronically enhanced anthems like the title track, a rallying cry for his beloved Armenia ("Electric Yerevan"),the piano-laden "How Many Times?" and "Rumi".