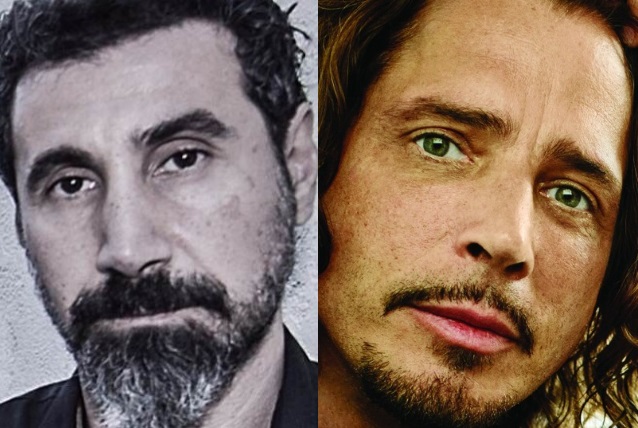 The Los Angeles Committee of Human Rights Watch has announced today that it will be presenting the inaugural Promise Award at this year's dinner on November 14. Inspired by the film and song that powerfully depicted the atrocities committed against the Armenian people, the award recognizes an outstanding song, television show, or film that advances the values of equity and justice in an original and powerful way. Fittingly, the inaugural honor will be given to the late legendary singer and songwriter Chris Cornell in recognition of his song "The Promise". The award will be presented at The Voices for Justice Human Rights Watch annual dinner at the Beverly Hilton Hotel on Tuesday, November 14 at 6:30 p.m.

The pioneering recording artist Chris Cornell, who sadly passed away in May, wrote the title song for the film "The Promise", the first major film about the Armenian Genocide. The song and its video fittingly weave the Genocide with humanitarian crises of today. The song focuses on courage, perseverance, and hope — connecting us to emotions that characterize and amplify the worldwide struggle for human rights. Cornell donated all proceeds from the song to benefit refugees and children, and his song continues to inspire millions as an anthem for the human rights movement.

According to Justin Connolly, director of Human Rights Watch's Los Angeles Committee, "We are proud to name this award after 'The Promise', and present the inaugural award to Chris Cornell's inspiring song."

"The Promise" film, the first major Hollywood film about the Armenian Genocide, has raised unprecedented awareness about the atrocities and recruited the general public and influencers from around the world to fight for human rights with its #KeepThePromise social media campaign. All proceeds of the film are being donated to non-profit organizations and humanitarian causes-including the establishment of The Promise Institute for Human Rights at UCLA.

Renowned singer, songwriter, film composer and human rights activist Serj Tankian — also known for leading the Grammy-winning band SYSTEM OF A DOWN — will present the award. Tankian also served as the executive music consultant for "The Promise" and also contributed a song for the film's soundtrack.

The Los Angeles Committee supports Human Rights Watch through outreach, advocacy and fundraising. It is part of a network of committees across 22 cities in East Asia, Europe, the Middle East and North America. For over 25 years, the Committee has dedicated itself to broadening awareness of human rights issues throughout Southern California.