Lanaudiere-based death metallers SHADES OF DUSK have teamed up with Prodisk for the release of their second album entitled "Quiescence". The CD was recorded and mixed by Antoine Lussier (EMMURE, CAMILLA RHODES) and mastered by Yannick St-Amand (DESPISED ICON, BENEATH THE MASSACRE) at the Northern Studios. It will be released on November 25 via Fusion3/EMI.

The band, which released its debut, "Caress the Despair", on Galy Records in 2006 and followed it up with numerous gigs as the support act for such groups as MARTYR, NEURAXIS, UNEXPECT and ION DISSONANCE, reinvented iself on the new CD. SHADES OF DUSK is now "more mature, more technical and in complete control of its craft and it shows on the new material which is much more extreme while still keeping its trademark melodic hook and superb vocal arrangements," according to a press release. 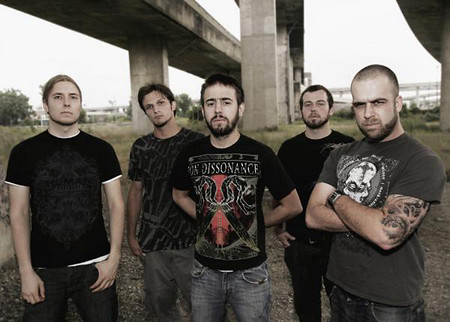