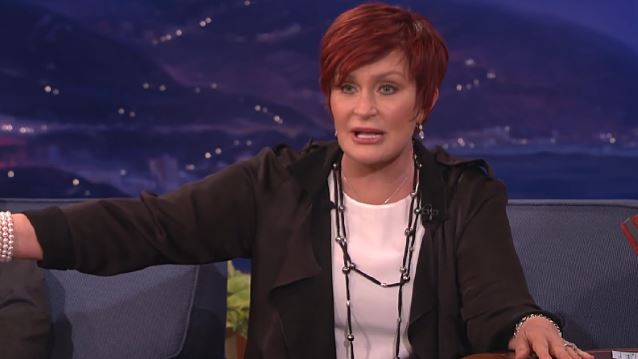 According to The Pulse Of Radio, Ozzy Osbourne's wife and manager Sharon is the latest entertainment figure to slam U2 for teaming with Apple to put the band's new album, "Songs Of Innocence", on every single iTunes account in the world for free regardless of whether it was wanted or not. Sharon wrote on Twitter, "This is an invasion of my private space. My entertainment space," while also saying, "U2 you are business moguls not musicians anymore. No wonder you have to give your mediocre music away for free cause no one wants to buy it."

She continued, "Whose political ass are we going to pull you out of today? Or are you front row at another tragic fashion show?…"

Sharon then slammed Apple itself and former Universal Records exec and Beats Music co-founder Jimmy Iovine, posting, "Jimmy Iovine, iTunes, U2, you're a bunch of megalomaniacs. FUCK YOU!"

While 33 million of the world's 500 million iTunes users have accessed the U2 album, there have been complaints about it as well. Apple gave an online tutorial on how to remove it, while BUCKCHERRY guitarist Keith Nelson dissed the Irish supergroup for devaluing their own music. 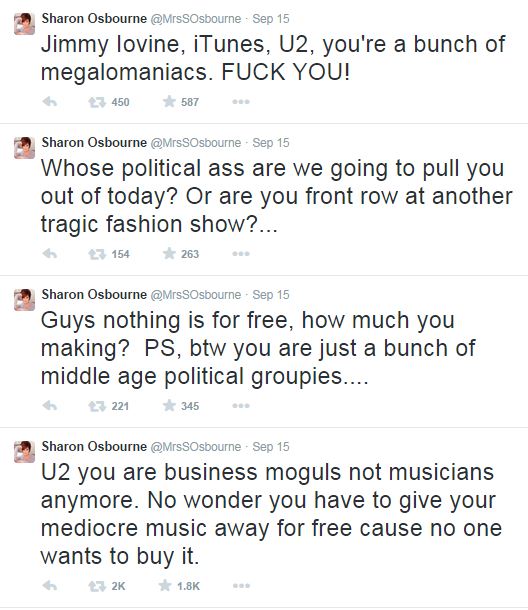