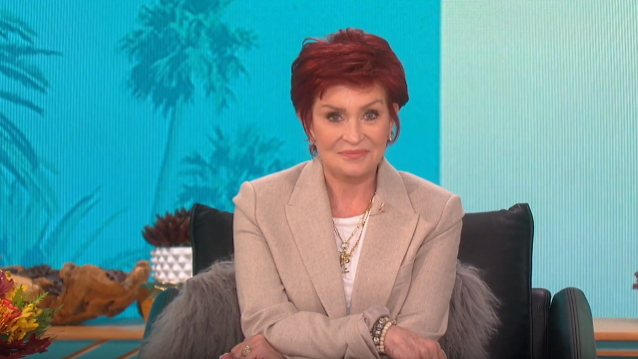 The news of Sharon's involvement with the channel was revealed by U.K. media personality Piers Morgan. Earlier today, Morgan, who will host a show called "Piers Morgan Uncensored" on TalkTV, took to his Twitter to share a video message in which he said: "So what I'm really looking for in my co-workers at TalkTV is somebody who is, well, a bit like me. Very opinionated, fearless, funny, knows their own mind, not afraid to speak it, unpredictable, maybe a little big dangerous. But also somebody who every time they open their gobby little mouth, it makes global news."

The video continued with Osbourne sliding into the picture alongside Piers and asking Morgan: "Um, where do I sign, Piers?"

Sharon will host her own current affairs show, dubbed "The Talk", for an hour every weeknight, with five "opinionated famous faces" joining her to chat about the news of the day.

"I'm excited to be working with News UK, the panel and my good friend Piers," she said.

"Watch this space for some exciting and lively debates from us all."

In March 2021, Sharon was forced out of the U.S. talk show "The Talk" following her emotional defense of pal Morgan's criticism of Meghan Markle.