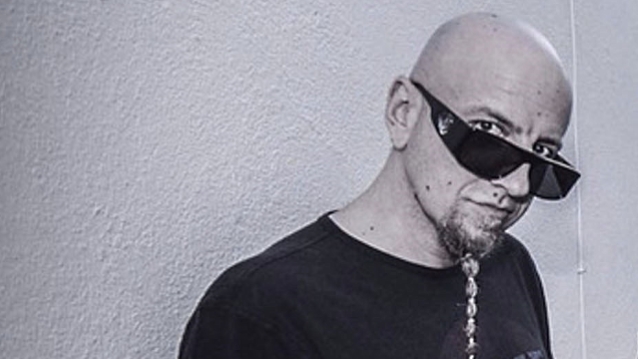 SHAVO ODADJIAN On SYSTEM OF A DOWN's Inability To Release New Music: 'I Still Don't Get It'

Earlier this month, SYSTEM OF A DOWN bassist Shavo Odadjian spoke to the "Ya Neva Know" podcast about the band's stalled attempts to record a follow-up to its "Mezmerize" and "Hypnotize" LPs, which came out in 2005. The Serj Tankian-fronted outfit has toured intermittently since ending its hiatus in 2011 but has yet to record any new music.

Shavo said (see video below): "Two dudes had a disagreement, but we still kept the band going. There's no personal issues at all. When we're hanging out, we're bros. There's no fighting. It's the weirdest thing in the world. I still don't get it. If there was four of me, there'd be, like, an album every year and touring. But it's cool. I guess everything happens for a reason. So there's a little bit of artistic, creative differences.

"This is why I think we have such respect from the fans. We could get together, make something half-assed and make millions of dollars, tour… but we don't, because it needs to be organic," he continued. "There's four of us — if two of us have this much of something happening… We're actually being real and don't wanna release nothing that's not what we can do, like, top. We're humans. We love each other. We can get together and do whatever, but if it's not coming straight from the heart, we don't really wanna release it, because every song that you've heard has come from the heart from all of us — nothing fake and nothing contrived. So we don't wanna do nothing contrived, so that's why we haven't released it. It's a respect to not only ourselves, but to our fans. So that's where we're at, and I get it."