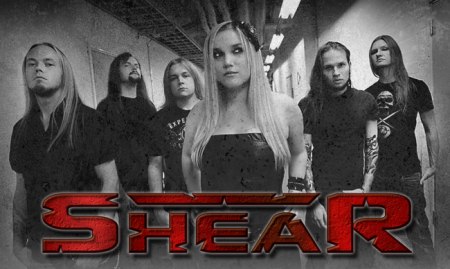 The second in a series of video clips featuring behind-the-scenes footage from the studio can be viewed below.

Commented the band: "In the last couple of months we've been writing a lot of new songs, and we're really pleased with the outcome. The songs are really diverse, ranging from very melodic songs to heavier riff-oriented songs."

SHEAR last year made its entire four-song EP, "In Solitude", available for free download on the group's official web site. The CD was recorded in August-September 2009 at Arcada Studios by Mikael Grönroos and was mastered at Chartmakers studios.

"Trapped in A Shell" audio stream: