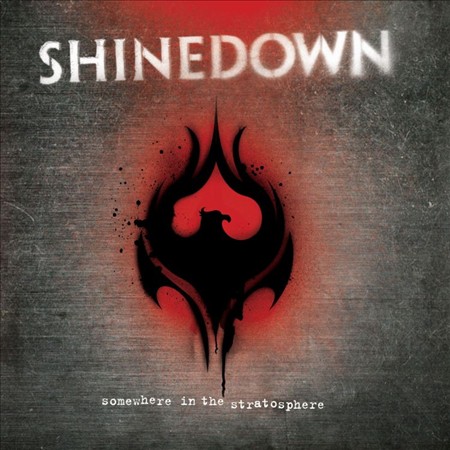 SHINEDOWN has announced details of its forthcoming live, multi-disc CD/DVD collection, "Somewhere In The Stratosphere", which will arrive in stores and at all DSPs on May 3.

The collection — which received its title from a member of the "Shinedown Nation" fan community — will include material filmed and recorded on SHINEDOWN's two epic 2010 headline tours: the inaugural "Carnival Of Madness" tour, in which they topped a stellar lineup of today's biggest rock acts including CHEVELLE, PUDDLE OF MUDD, SEVENDUST, and 10 YEARS; and the highly praised "Anything & Everything" acoustic tour, which featured stripped-down versions of both chart-topping hits and fan favorites alongside intimate conversations with the audience about the stories behind the songs. The Jacksonville, Florida-based band has long been hailed as one of rock's most dynamic live acts. "Somewhere In The Stratosphere" showcases both the energy of their electric show and intimacy of their acoustic sets with a CD/DVD dedicated to each tour (see track listing below).

Frontman Brent Smith comments: "The 'Carnival Of Madness' and 'Anything & Everything' tours were some of the most intense and rewarding shows we've ever played. 'Somewhere In The Stratosphere' allows us to relive those special times with all the fans that came out, and share the experience with those that we didn't get to see on the road."

The pre-order for "Somewhere In The Stratosphere" will begin April 12 on Shinedown.com. Every order includes immediate MP3 downloads of "Diamond Eyes (Live from Washington State)" and "45 (Live Acoustic from Kansas City)". A Premium Pack will also be available, allowing fans to choose from the Standard or Deluxe album, plus a poster and t-shirt. The deluxe version of the multi-disc CD/DVD set includes an expanded 16-page booklet with the four discs each packaged in die-cut baby jackets and housed in a special box.

In other news, SHINEDOWN recently made history when "Diamond Eyes (Boom-Lay Boom-Lay Boom)", the latest single from the band's RIAA-platinum-certified third album, "The Sound Of Madness", hit #1 at Active Rock radio outlets nationwide. In a truly remarkable feat, ALL six singles from the acclaimed album have now reached the top of the rock airplay rankings. What's more, "The Sound Of Madness" is one of only two platinum-selling albums by a rock band on the current The Billboard 200 chart.

Produced by multiple Grammy Award winner Rob Cavallo (KID ROCK, GREEN DAY),"The Sound Of Madness" debuted at #8 on The Billboard 200 upon its 2008 release before spending 120 consecutive weeks on the chart. Since then, each of the album's five singles prior to "Diamond Eyes" — "Devour", "The Sound of Madness", "The Crow and The Butterfly", the gold-certified "If You Only Knew", and the double-platinum certified crossover smash "Second Chance" — have peaked at #1, marking a genuinely stunning streak of rock radio hits.

"Somewhere In The Stratosphere" track listing:

Somewhere In The Stratosphere - Madness : Live From Washington State (Electric)

Somewhere In The Stratosphere - Anything and Everything : Live From Kansas City (Acoustic)