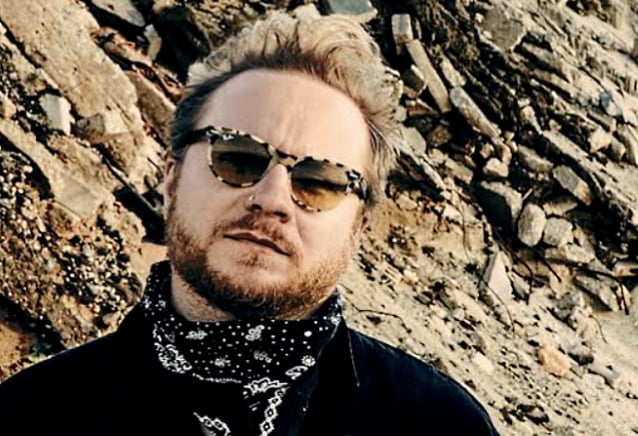 SHINEDOWN guitarist Zach Myers spoke to Ethan Jackson of Topeka's rock radio station V100 about the lyrical inspiration for the band's latest single, the title track of SHINEDOWN's upcoming seventh studio album, which will arrive on April 22 via Atlantic Records. He said (as transcribed by BLABBERMOUTH.NET): "We're living in a world where there's no shortage of things to talk about. But 'Planet Zero' is kind of about people being silenced of their opinions.

"We live in a society now where everything has to be a hardline," he continued. "Listen, I vehemently disagree with 80 percent of what Eddie Vedder says politically; I'm still gonna listen to PEARL JAM. We live in a society where if you disagree with someone, that means you don't respect them and you can't be friends anymore. And that doesn't have to be that way; I don't think so. I enjoy disagreeing with people because maybe I'll learn something.

"You've got people who, if they have an opinion about something, it doesn't matter what it is, but if it's not the popular opinion of what's going on right now, they're silenced or they're told to shut up," Myers added. "It just feels like the planet [is] kind of headed into this weird future, and we felt like we had to say something about it.

"If you're a ridiculous person and you're spewing hate speech or whatever, that's a different ballgame. But if you just say, 'This is what I think,' and you're not a bigot or a racist and you're [not] throwing our hate speech, you shouldn't be canceled for your opinion. I think that's a real wide range. Like I said, we live in this hardline society. That's kind of what the song is about."

The official music video for "Planet Zero" was released on March 3. The clip arrived as "Planet Zero" hit No. 1 on the Billboard Mainstream Rock Airplay chart.

"Planet Zero" is SHINEDOWN's 17th No. 1 and sixth consecutive chart-topper, breaking a new record for the most No. 1s in the 40-year history of the chart.

Directed by Charles De Meyer, the video brings to life a glimpse of a dystopian future (complete with a menacing A.I. character named Cyren from the album's interludes whom we hear at the end of the music video) that warns of the dangerous dehumanizing consequences of cancel culture run rampant.

On "Planet Zero", SHINEDOWN is serving up an incisive look at some of society’s most critical issues, including the increasingly toxic division among those of differing ideologies, the need for honesty in our public discourse, and the corrosive effects of social media and cancel culture on mental health and humanity. The "Planet Zero" single rings the alarm with a cautionary warning that if we shut each other down, we risk losing empathy, respect for one another, and our ability to communicate and unify in a way that leads to actual progress and understanding.

Over the last two decades, SHINEDOWN has cemented its status as one of the most vital and forward-thinking powerhouses in modern rock. Their most ambitious and masterfully realized work to date, "Planet Zero" is a high-concept, ultra-vivid, viscerally charged saga. A critical yet optimistic look at the fractures and frays of a society that has undergone many challenges in recent years, the album is part social commentary and part in-depth exploration of the human psyche.

SHINEDOWN will kick off "The Revolution's Live" tour on April 1. Following this April and May run with special guests THE PRETTY RECKLESS and DIAMANTE, SHINEDOWN will head to Daytona Beach for Welcome To Rockville 2022 where they'll headline Saturday, May 21 alongside GUNS N' ROSES and RISE AGAINST. In June, SHINEDOWN will head overseas for a European run featuring festival appearances at Rock Im Park and Rock Am Ring in Germany, Download festival in the U.K. and Hellfest in France along with select shows with IRON MAIDEN. The band will then embark on a run of Canadian dates beginning in July with support from POP EVIL and AYRON JONES.

This is the fucking largest click bait headline I have ever seen involving myself 😂😂😂 https://t.co/UAilXOetGK

Welcome to the family 😉🤘🏻

2 turds can live in the same punch bowl 🤡

The fact that this is a real goddamn tweet blows my goddamn mind https://t.co/zbP6gwz87I

After these last 2 fellas ….

How about we just skip Presidents’ Day for a bit?

Honestly .. If Trump becomes president. . . You guys set yourselves and this country up for it … By making Pitbull have so many # 1 songs 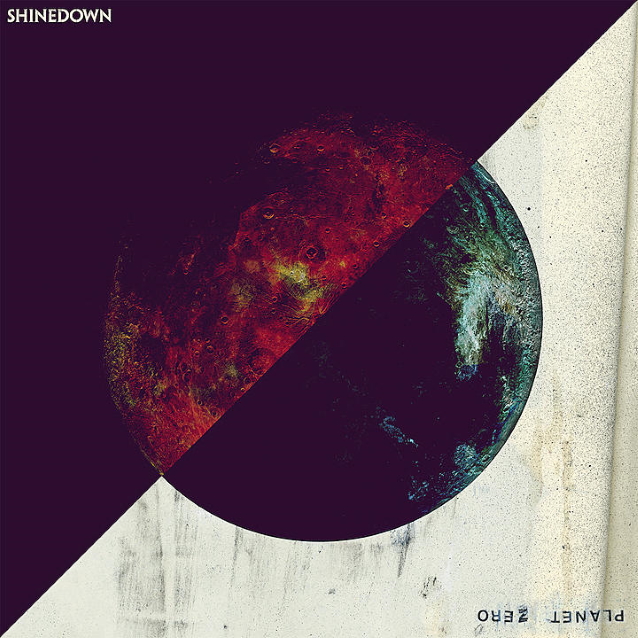