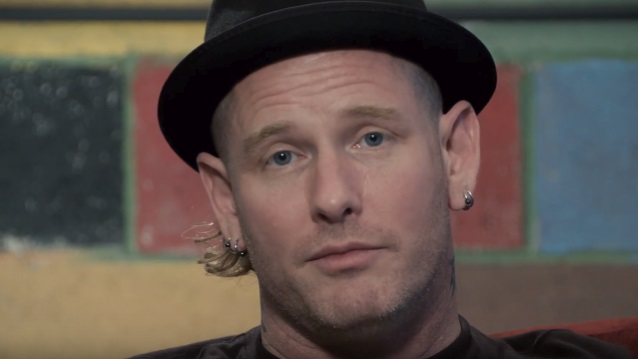 SLIPKNOT and STONE SOUR frontman Corey Taylor is featured in Amoeba Music's "What's In My Bag?" segment in which he talks about some of the records, books and movies he is into.

In the clip below, he can be seen shopping at Amoeba in Hollywood, where he talks about various records from ELECTRIC LIGHT ORCHESTRA, Frank Zappa, THE CLASH and WU-TANG CLAN, among others.

Corey is continuing to tour with STONE SOUR in support of the band's latest album, "Hydrograd", which came out at the end of June. He is also promoting his new book, "America 51", which was released on August 8 via Da Capo Press. Subtitled "A Probe Into The Realities That Are Hiding Inside 'The Greatest Country In The World'", it was described by its publisher as a reflection of how touring with bands has taught Corey "what it means to be an American in an increasingly unstable world."