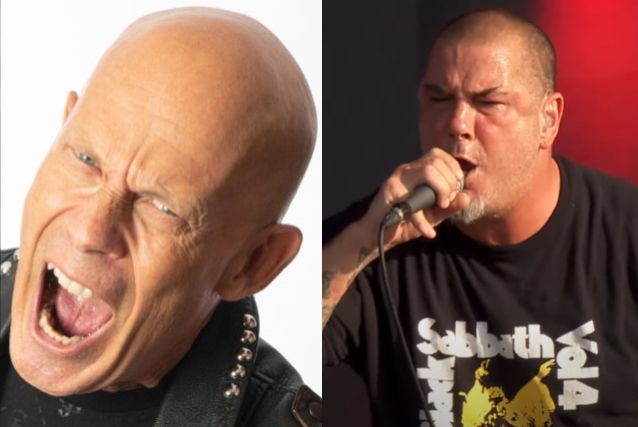 Should PHILIP ANSELMO And REX BROWN Tour Under The Name PANTERA? ACCEPT's WOLF HOFFMANN Weighs In

Hoffmann, a 62-year-old German-born musician who currently splits his time between Florida and Nashville, discussed his views on the PANTERA comeback in a new interview with Meltdown of Detroit's WRIF radio station. Asked what he thinks about Anselmo and Brown touring again under the PANTERA name, Wolf said (as transcribed by BLABBERMOUTH.NET): "I don't know. Who am I to talk? I'm the last original guy in my band, so I shouldn't [talk]. I guess… It's a big world, and if they wanna do it that way, it's fine by me… What's the harm? It's just music, and if people like the music and like the concerts, is it really so important?"

He continued: "At the end of the day, it's all about the pull that the name has, I guess. If they were to call it something else, then maybe it would sell less tickets. So that's the motivating factor. I don't think anybody means any harm by anything. I think they're just doing it to sell more tickets and to get more publicity that way, and that's, I guess in a way legit."

Asked if he was a fan of Dimebag's playing, Wolf said: "No. I wasn't so much into that kind of… No."