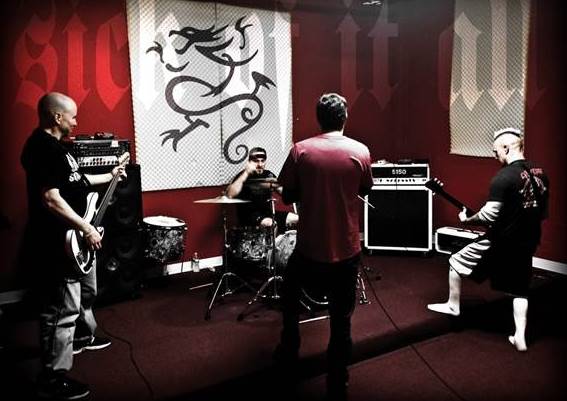 SICK OF IT ALL Working On New Album

New York hardcore legends SICK OF IT ALL have begun writing songs for their new album, tentatively due this fall via Century Media Records. Once again, the band will be teaming up with Danish producer Tue Madsen (THE HAUNTED, DARK TRANQUILLITY, SUICIDE SILENCE) for what they describe as a "straight-up, old-school New York hardcore record."

While working on the follow-up to "Based On A True Story", SICK OF IT ALL will play Asbury Lanes in Asbury Park, New Jersey on March 28 and United Blood in Richmond, Virginia on March 29. The band will also return to Europe in July and August for a festival run.

"Nonstop", an album of re-recorded SICK OF IT ALL classics, came out in October 2011 via Century Media Records.

After the release of the highly acclaimed "Based On A True Story" (2010),SICK OF IT ALL took a short break from relentlessly touring the record in early 2011 to hit Antfarm Studio again with Tue Madsen in order to celebrate their 25th anniversary with re-recordings of classic hits for "Nonstop".