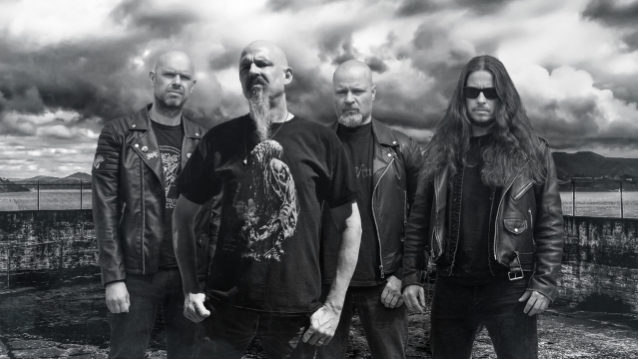 SIEGE OF POWER's song "Violence In The Air" can be streamed below. The track is taken from the band's debut album, "Warning Blast", which will be released on September 7 via Metal Blade.

SIEGE OF POWER started in 2013 as a project without any expectations. Shortly after releasing a split album, it was left for dead, buried and almost forgotten until the rotten corpse was exhumed in 2017. This resulted in a no-nonsense extreme metal album mixed with several doomdozers. Influences vary from CARNIVORE and STORMTROOPERS OF DEATH to DISCHARGE and AMEBIX, done in their own style.

SIEGE OF POWER is:

Comments Chris Reifert on the Metal Blade signing: "Well, this is pretty fucking cool. Metal Blade was one of the early metal labels I discovered as a young teenager while questing for the next heavy thing and I discovered tons of bands through their regular album and EP releases as well as the highly influential 'Metal Massacre' series. My history with MB is deep, whether they know it or not and here we are now working together at last. Hell yeah!"

Bob Bagchus: "The name Metal Blade is metal magic to me. Always has been since my early pubic years. Names such as METALLICA, SLAYER, TROUBLE, HALLOWS EVE are as strongly connected to Metal Blade as to my childhood when I first got into metal. Being signed by them with SIEGE OF POWER is a great feeling and perhaps the crown of my 'musical' career!" 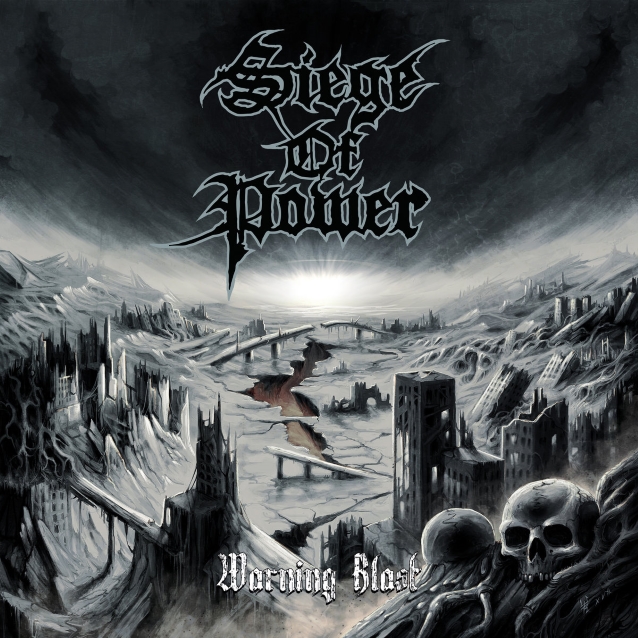