SIGH's cover version fo the VENOM classic "Black Metal" is available for free download from BrooklynVegan.com. The track comes off the Japanese experimental black metallers' new CD, "A Tribute to Venom", due on September 2 via The End Records.

Commented SIGH singer Mirai Kawashima: "We're excited to have these two guest musicians and friends of SIGH to take part in our tribute to VENOM. Their work has helped make the tracks stand out even more. Dan plays bass on 'Countess Bathory' while Shane is on 'Witching Hour'. It sounds awesome!"

Limited to one pressing, the album will released in a special collectible packaging (LP with etching + CD).

SIGH will embark on its first-ever extended North American headlining tour this September with UNEXPECT.

SIGH recently spent time recording its eighth full-length album, entitled "Scenes from Hell / Tempore Belli / Vanitas". SIGH will work with a real string quartet and some brass players on the CD, which is scheduled for release on The End Records. 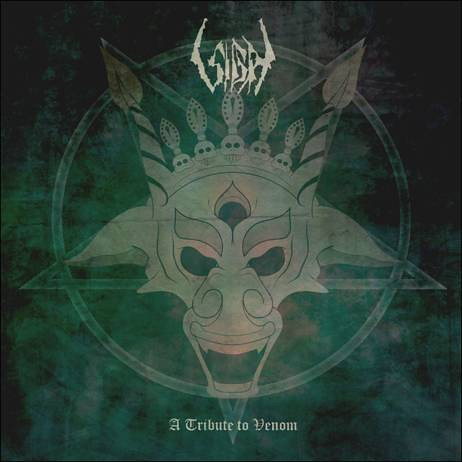