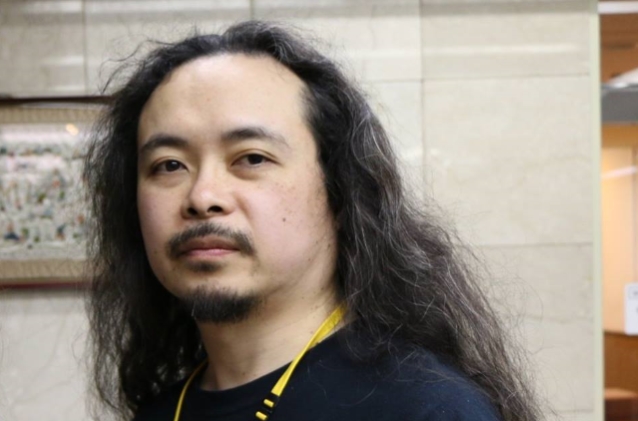 While the previous album, "Graveward" (2015),was rather symphonic orchestral stuff, "Heir To Despair" is pointing at the completely opposite direction. Heavily inspired by old crazy progressive bands like BRAINTICKET, EMBRYO, AGITATION FREE, BETWEEN, GENTLE GIANT, OS MUTANTES, MODULO 1000, BLACK WIDOW, etc., "Heir to Despair" turned out to be a heavy, psychedelic and exotic album filled with vintage keyboards and flute.

"Homo Homini Lupus" is the first track to be shared from the record featuring guest vocals from Philip Anselmo (PANTERA, DOWN, SUPERJOINT).

Vocalist Mirai Kawashima comments: "'Homo Homini Lupus' is one of the fastest and the simplest tracks on 'Heir To Despair'. Don't expect other songs to sound like this.

"'Homo Homini Lupus' means 'man is wolf to man' in Latin. Thomas Hobbes referred to this verb to describe how men would act in the state of nature before we were civilized. The world shown in 'The Walking Dead' series should be the best example of what we truly are. Men become wolves, or should I say men are wolves in their real nature. Look what our ancestors did during the wartime! Look what our ancestors did during famine! We have own wolves inside."

Mirai met Philip 20 years ago when they were both in U.S. death metal band NECROPHAGIA. Mirai said: "It is a great honor for us to finally have him on our album! He added a great atmosphere to the song with his very deep voices! It should be VERY easy for you to tell which parts were sung by Phil."

What the band describes with this album is the world through the eyes of madness. Yes, the album is about insanity. Music on the album is varied as a mad man's thoughts. It starts with psychedelic and exotic "Aletheia" but the following "Homo Homini Lupus" is rather a straightforward thrashy song with the typical SIGH twist. "In Memories Delusional" is a brutal tune with heavy Asian touches, which must be an new experience for everybody, while "Heresy Trilogy" is the representation of pure madness and insanity with lots of crazy stuff going on, which has nothing to do with metal at all. The album ends with the title track, which is a 10-minute-long progressive epic song.

It should be nothing surprising for SIGH fans, but the album got everything from extreme metal, '60s/'70s rock, jazz, classical, world music, dub, and noise. The music styles it covers are as wide as the world through the eyes of madness. Also "Heir to Despair" can be taken as SIGH's first attempt to intentionally take in Japanese/Asian musical feel. Mirai used some Japanese traditional singing techniques and the ex-Estradasphere Shamisen (the Japanese traditional instrument) master Kevin Kmetz is featured on several songs. Moreover, 90% of the lyrics are in Japanese, which never happened on the past SIGH albums.

The album was mixed by a Canadian engineer, Phil Anderson and mastered by Maor Appelbaum, who has worked with a lot of great artists such as FAITH NO MORE, YES and Yngwie Malmsteen, to name a few. Phil and Maor have a perfect combination and they have worked together on many projects. Thanks to them, "Heir To Despair" turned out the heaviest SIGH album.

The cover artwork, which exactly fits the concept of the album, was again drawn by Eliran Kantor. Eliran did the artworks for the past SIGH albums such as "Scenes From Hell" (2010) and "In Somniphobia" (2012).

Mirai adds: "I just suggested to Eliran that the album is about insanity and gave him some Japanese psychotropic drug advertisement from the '60s / '70s, which I love, to show him what kind of artwork I wanted. The result was perfect. The woman on the artwork looks ostensibly happy but the plant she's watering is withering, and her room looks like a mess. This is what true insanity is about. This is what true horror is about. These days people are trying to pretend to be as happy as possible on SNS, but what kind of darkness do they have in their mind? You cannot draw the line between sanity and insanity any more." 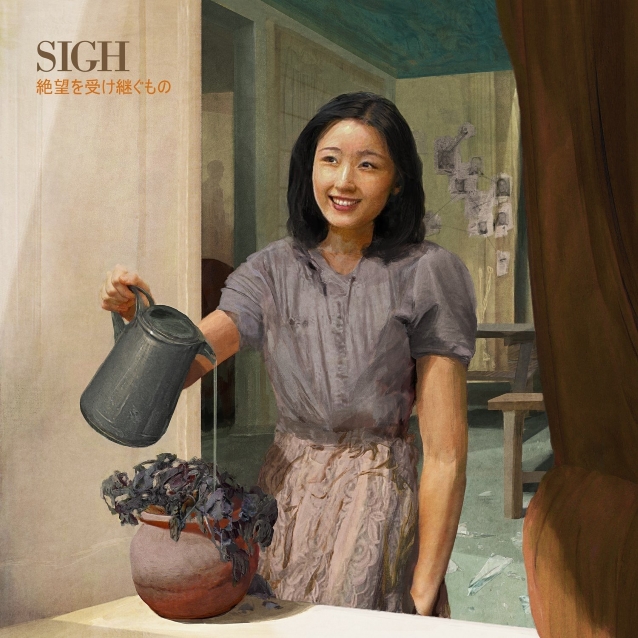