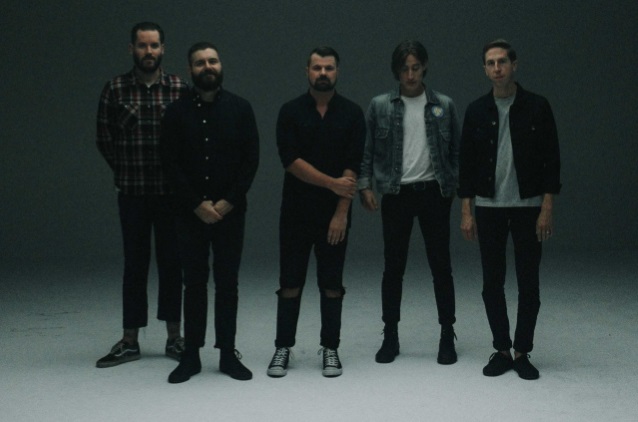 SILVERSTEIN has released a music video for the song "Whiplash". Taken from the band's eighth studio album, "Dead Reflection", the track is darker and angrier than ever before. The clip contrasts a cinematic driving scene with a soul-bearing performance from the group, adding up to a more experimental vibe than it has ever released to fans in the past.

Signed to Rise Records, the Ontario post-hardcore quintet has released seven other hit studio albums since 2003, including "Discovering The Waterfront" and "A Shipwreck In The Sand". "Whiplash" follows previously released singles and videos for "Retrograde" and "Ghost".

SILVERSTEIN has released an album every odd year since its 2003 debut, "When Broken Is Easily Fixed", and that drive is paramount to why the band remains one of post-hardcore's most relevant and influential acts. This consistency shows an uncommonly clear path of growth from album to album as the band honed the aggressive-to-melodic contrast that became their signature sound. "Dead Reflection" marks a sharp jump in that evolution: the band pushed themselves harder than ever before, resulting in an album the takes all of SILVERSTEIN's strengths — pummeling riffs, explosive dynamic shifts, and huge, anthemic choruses — and ramps up the intensity. Guitarist Paul Marc Rousseau co-produced "Dead Reflection" with Derek Hoffman, leading to a level of collaboration with which band had never experimented before. After years of creating and touring, the members of SILVERSTEIN have each become accomplished musicians in their own right while still summoning the same unbridled ferocity that marked the band's early days, and it's this fusion that makes "Dead Reflection" feel so vital.