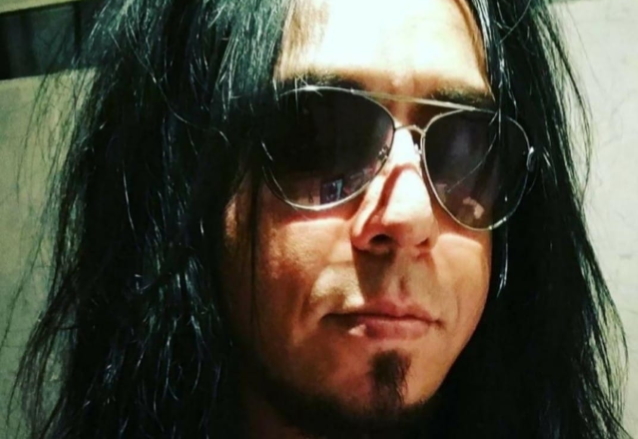 SIN QUIRIN Quits MINISTRY: 'The Time Is Right For Me To Focus On My Health, My Personal Life' And 'Other Projects'

Sinhue "Sin" Quirin has announced his departure from MINISTRY.

The guitarist, who had played with the industrial metal pioneers, on and off, since 2007, confirmed his split with MINISTRY in a post on his personal Facebook page earlier today (Friday, May 14).

He wrote: "Hey everyone, I hope you're having a great Friday. I wanted to let you all know something that's been on my mind for a while. I've decided to step down from MINISTRY. I'm in a much different place in my life right now and I feel the time is right for me to focus on my health, my personal life, as well as other projects and interests. MINISTRY will always be family to me. They all know I love them very much and that I want nothing but the best for them and much success. Thank you for your continued support everyone. Love you all!"

Quirin's exit from MINISTRY comes less than a year and a half after he was accused by two women of engaging in sexual intercourse with them while they were 15 and 16 years old. In a report published on Billboard, both women alleged that they each met Quirin following concerts by his band SOCIETY 1, which predated his time in MINISTRY.

Through his attorney, Quirin denied ever having had "any sexual relationship with anyone under the age of majority." He attorney also claimed that MINISTRY's Al Jourgensen was "unaware of any of potential nefarious activity by any member of MINISTRY during their respective tenure(s) with the band including but not limited to Mr. Sin Quirin."