"Moonlit Night", the new video from SINBREED, the German power metal band featuring BLIND GUARDIAN drummer Frederik Ehmke, can be seen below. The song is taken from SINBREED's new album, "Master Creator", which will be released on February 26 via AFM Records.

SINBREED says: "The new album will include all the trademarks we developed on 'When Worlds Collide' and 'Shadows', plus a few things you may not have seen coming (piano, anyone?)."

Said SINBREED in a statement: "There has not been — and there is not — any kind of dispute. In fact, since his main band BLIND GUARDIAN is touring that much, it was simply not possible for him to focus 100 percent on SINBREED, like he did the past years.

"We are very thankful for having Marcus as a bandmember in our ranks for the last more than three years and we wish him nothing but the best."

Added Siepen: "Back in 2012 when I joined SINBREED, we had just finished a world tour for BLIND GUARDIAN's 'At The Edge Of Time' album, so the timing was perfect for me. BLIND GUARDIAN would not be active for quite some time, which gave me the freedom to focus on something else without any problems. And I enjoyed every second of it. Suddenly playing with different people was a great experience for me that taught me a lot. At that time, SINBREED has not been signed to any label; we were free to do whatever we wanted so we played all kinds of gigs and at some point just started to work on new songs. This has also been a great experience and we had a lot of fun putting together the 'Shadows' album which even got us a record deal. And all this still happened while BLIND GUARDIAN were not active."

He continued: "At the end of last year, we all met and talked about how to continue with SINBREED. For me, it was obvious that we would have to take a break because for the next two years I would be completely busy with BLIND GUARDIAN, our 'Beyond The Red Mirror' album was about to be released, so the whole promotion machinery was working at full throttle already and we were about to go on tour again, a tour that would (will) keep us on the road until around fall of 2016. I just didn't see any way to fully be there for SINBREED during this period because obviously BLIND GUARDIAN would be my only focus, just as SINBREED has been in the years before.

"Unfortunately, but understandably, taking this break was not what the others had in mind. Of course, they wanted to get ahead with SINBREED and also our label wanted to have a new album, so it was obvious for me that I had to come to a decision about how I wanted to go on.

"I know there are people that can handle being in more than just one band without bigger problems; they can switch between those bands easily. Unfortunately, I am not one of those people. I am not really able to do multitasking when it comes to bands, when my focus is on BLIND GUARDIAN, there is no room in my head for another band, just as there was no room for anything else while I was focusing completely on SINBREED. I knew I wouldn't be able to give 100 percent for SINBREED any time before the end of 2016, no matter if it was about songwriting, recording or playing live, and giving less than 100 percent is not an option for me." 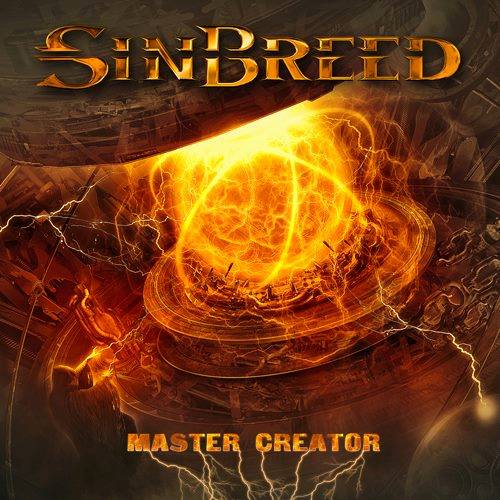