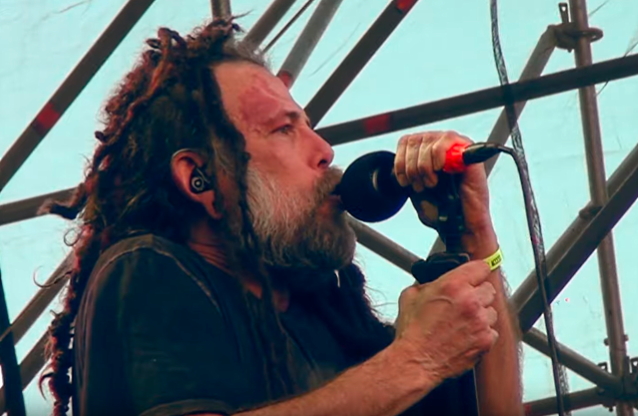 Death metal veterans SIX FEET UNDER have set "Nightmares Of The Decomposed" as the title of their new album. The follow-up to 2017's "Torment" is due later this year via Metal Blade Records.

SIX FEET UNDER's upcoming disc will be the band's first with former CANNIBAL CORPSE and DEICIDE guitarist Jack Owen, who joined the band in 2017.

Back in 2018, SIX FEET UNDER issued a compilation album, titled "Unburied", in digital format through Metal Blade Records. The disc was produced by vocalist Chris Barnes, and mixed and mastered by Chaz Najjar at Badlands Recording in Denver, Colorado. The LP consisted of nine songs recorded during sessions for the albums "Undead" (2012),"Unborn" (2013) and "Torment".