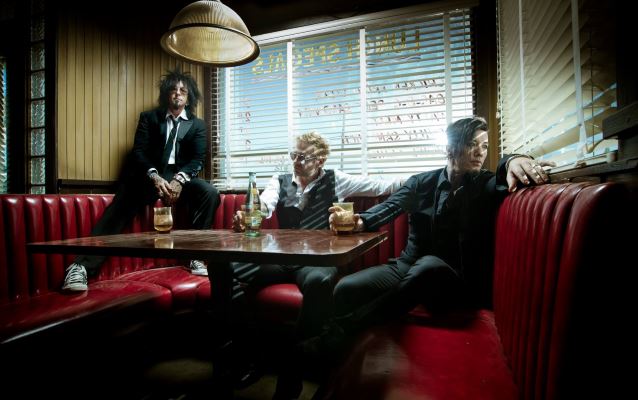 "Stars", a brand new song from SIXX: A.M., the band featuring MÖTLEY CRÜE bassist Nikki Sixx alongside guitarist DJ Ashba and vocalist James Michael, can be streamed in the YouTube clip below. The track is taken from SIXX: A.M.'s third album, "Modern Vintage", which will be released on October 7 via Eleven Seven Music.

James Michael called "Stars" "a quintessential SIXX: A.M. song," adding, "I think 'Stars' might be one of the best songs we've ever written. It does everything SIXX: A.M. does on a heightened level."

Michael continued: "It's one of the most aggressive rock songs we have — the tempo is a lot faster than we usually write. It's one of those moments you always hope for as a songwriter, where the melody line, lyric and the track all marry. That chorus explodes — it gives me goosebumps every time I hear it, and I've heard it thousands of times. … I really hope that it ends up being a single at some point, because I think SIXX: A.M. fans will really relate to it on a lyrical level, and they'll also feel very comfortable that they're hearing a SIXX: A.M. song."

The "Gotta Get It Right" video can be seen below. The clip was directed by Paul Brown in mid-June.

Said Sixx: "Like our favorite bands from the 1970s, SIXX: A.M. is rooted in songwriting, musicianship and lyrics — three core elements that helped to define that era. SIXX: A.M. has taken even more pages from this book on 'Gotta Get It Right' and the rest of 'Modern Vintage', having hopefully created a record that demands to be discovered again and again."

Added Michael, who also produced "Modern Vintage": "On the first two albums, SIXX: A.M. established a musical freedom that few bands get to enjoy. 'Gotta Get It Right' is clearly a birth child of that creative freedom and an exciting next step for us as our goal was to create something which confounds both expectation and categorization." Ashba adds: "'Gotta Get it Right' is a great example of how SIXX: A.M. has set out to celebrate the music that has influenced us over the years and we truly feel we've made a genre-defying album with 'Modern Vintage'."

Sixx spoke to Revolver magazine last year about how the new SIXX: A.M. CD is different than its predecessors. "When we did [our 2007 debut] 'The Heroin Diaries', it was the soundtrack to a book," he said. "And when we did 'This Is Gonna Hurt', there was a lot of inspiration that drew from the photography in my book 'This Is Gonna Hurt' as well as the bandmembers' personal experiences and how they related not only to the characters in the book, but what they'd gone through growing up. Without meaning to, it hinted at this whole concept of bullying. If you're different than other people you're made fun of and you're made to believe you'll never achieve your dreams. Loosely, that's what 'This is Gonna Hurt' was about. We feel like between 'The Heroin Diaries' and 'This is Gonna Hurt', we've exposed a lot of wounds and we've talked about how to recover from them, but we haven't had a chance to really celebrate. I think this album is a celebration."

Asked if SIXX: A.M. took a different approach to writing the songs this time around, Sixx said: "We put a lot fewer restrictions on ourselves. We went into genres that you wouldn't expect us to possibly be influenced by, but unless you know the bandmembers, you don't know that there are all kinds of influences, especially from the '70s and some of the great bands that came out of that era. So when we started writing, it was almost ridiculous. The songs were so left of center that you're like, 'These could never be on a record.' We were creating something so different, and once we got the songs written, people said, 'God, it reminds me of QUEEN's 'Night At The Opera' at times. It reminds me of EDGAR WINTER GROUP 'Free Ride' and these amazing things off of 'They Only Come Out At Night'. There was still the drama and the texture that SIXX: A.M. brings, but there was this celebration happening. Then as we started layering in the guitars, bass, drums and vocals, you started to go, 'Wow, this is a SIXX: A.M. album!' But it started out as not."

Sixx also spoke about whether he is concerned that the musical diversions won't appeal to fans of the first two SIXX: A.M. albums.

"I think SIXX: A.M. fans are going to love this record and I think new people will come in and be really surprised by it and become fans as well," he said. "I don't think our first two records sound like the same type of record, but I do think there's a sound with the band and I think we're going to continue on that tradition." 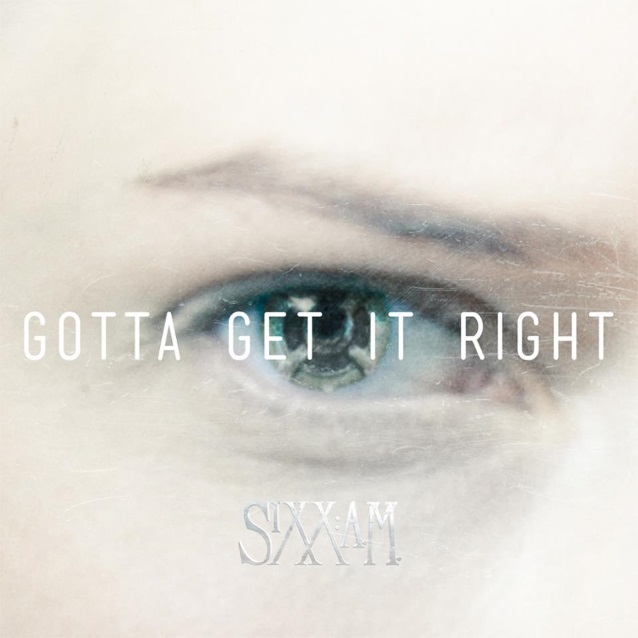