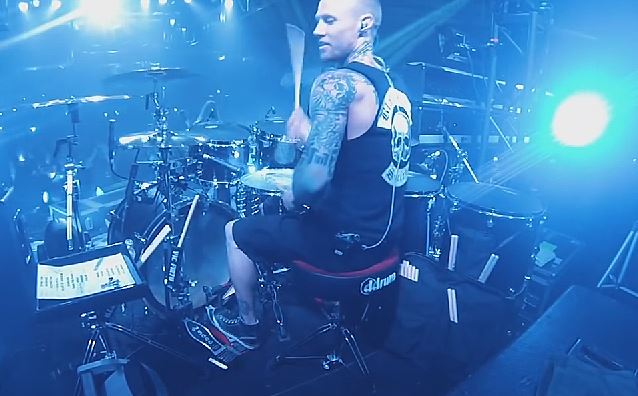 SIXX: A.M., the band featuring MÖTLEY CRÜE bassist Nikki Sixx alongside guitarist DJ Ashba and vocalist James Michael, will release its third album, "Modern Vintage", on October 7 via Eleven Seven Music. SIXX: A.M. will celebrate the CD release by playing its first full live show since 2009 the same night. The performance will take place at the iHeart Theater in Burbank, California. The show, as well as a question-and-answer session with the band about the new album, its influences and the band's future plans will be broadcast exclusively live on iHeartRadio and select Clear Channel radio stations. SIXX: A.M. is also expected to make a big announcement at the event that evening which will have fans buzzing.