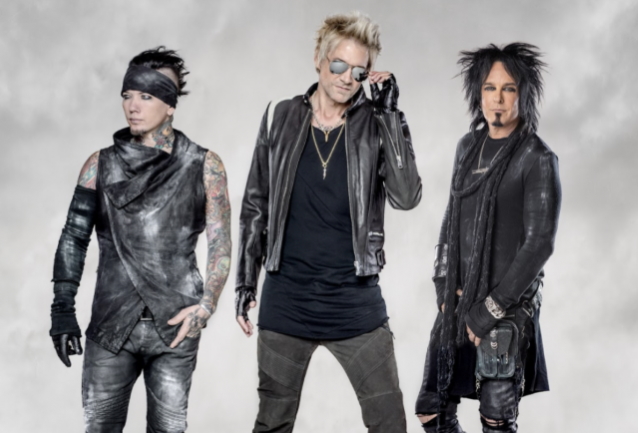 "Hits" will arrive three days after the highly anticipated release of Sixx's new memoir "The First 21: How I Became Nikki Sixx" (Hachette Books). One of the new songs included on the album is also titled "The First 21", with its lyrics being inspired by the captivating content of the book.

Now in his 21st year of sobriety, Sixx is incredibly passionate about his craft and wonderfully open about his life in rock and roll. He is globally recognized for his work with people in recovery and has been passionately vocal about the disastrous social effects of the opioid crisis in the USA and worldwide. In the memoir, Sixx, already a three-time New York Times best-selling author, tells the inspirational story of his first 21 years, how Frank Feranna became Nikki Sixx. The book fills in the earlier parts of Sixx's fascinating true-life story, which fans have partly come to know through MÖTLEY CRÜE's widely celebrated collaborative autobiography "The Dirt" which was most recently adapted into a hit biopic by Netflix in 2019. "The First 21" also continues Sixx's tradition of setting the soundtrack to his own life, combining his work as a writer and a musician to offer multi-layered pieces of art.

In 2007, SIXX:A.M. released "The Heroin Diaries Soundtrack", which acts as a companion piece to Sixx's best-selling memoir "The Heroin Diaries: A Year In The Life Of A Shattered Rock Star", released the same year, introducing the concept of a book soundtrack into popular culture. Both the book and the album were successes upon release, with the book instantly becoming a New York Times best seller in its first week, selling out in bookstores around the U.S. The album spawned the No. 1 single "Life Is Beautiful", while simultaneously receiving critical acclaim and eventually achieving gold certification in the U.S. Expanding this artistic signature move by Sixx, "The First 21" will now get its own soundtrack with the forthcoming "Hits" album.

To celebrate today's announcement, SIXX:A.M. released another new track from the album, "Skin (Rock Mix)", accompanied by a striking lyric video. The track originally appeared on the band's second studio album "This Is Gonna Hurt", and quickly became a fan favorite. The new mix, which makes for a heavier, more anthemic sonic experience, is now available to stream and download across platforms.

SIXX:A.M.'s latest release was a reworked version of its song "Maybe It's Time", which came out in August 2020 as part of the Artists For Recovery project.

The original version of "Maybe It's Time" appeared on SIXX:A.M.'s latest album, "Vol. 2, Prayers For The Blessed", which was released in November 2016 via Eleven Seven Music. The disc was written and recorded at the same time as "Vol. 1, Prayers For The Damned", released earlier that same year, and it acted as a companion piece to the first chapter.

In January 2020, SIXX:A.M. released the official music video for "Talk To Me". The track, originally released in September 2019, invited each of us to take the first step toward mutual understanding and healing using the power of conversation.

Sixx recently teamed up with Rob Zombie, John 5 (ROB ZOMBIE, MARILYN MANSON) and Tommy Clufetos (OZZY OSBOURNE, BLACK SABBATH, ROB ZOMBIE) in a new project called L.A. RATS. The quartet came together expressly to record a cover of "I've Been Everywhere" for the soundtrack to the movie "The Ice Road". "I've Been Everywhere" is a song written by Australian country singer Geoff Mack in 1959, and made popular by Lucky Starr in 1962. 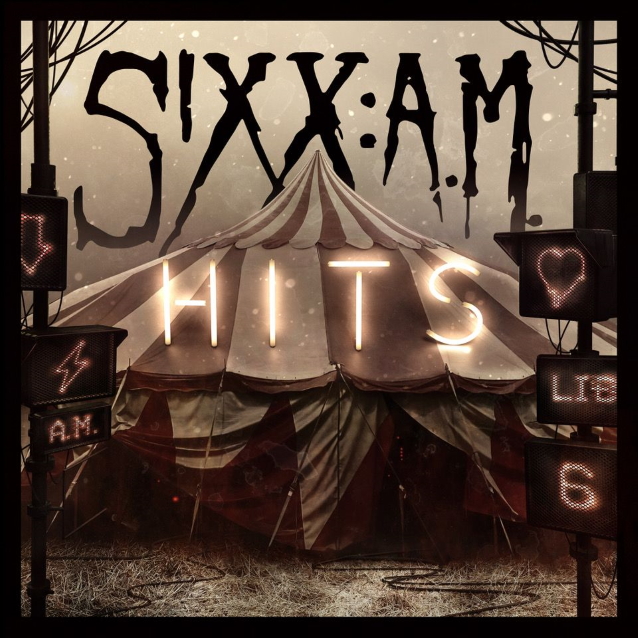