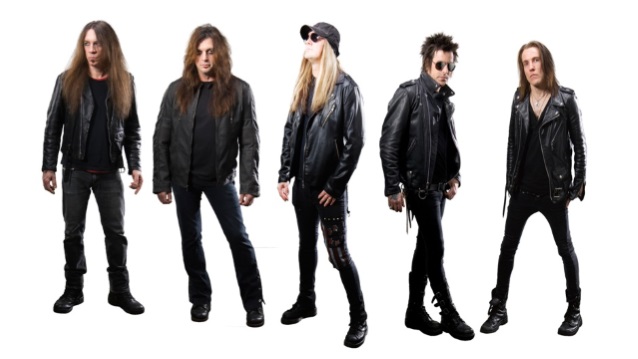 You can now stream the entire "Rise Of The Damnation Army - United World Rebellion: Chapter Two" EP below.

In a recent interview with Finland's Kaaos TV, SKID ROW guitarist Dave "The Snake" Sabo stated about "Rise Of The Damnation Army - United World Rebellion: Chapter Two": "[This was] the most fun that I've personally had making a SKID ROW record in our history of the band… for a number of reasons.

Asked about the main differences are between last year's "United World Rebellion: Chapter One" EP and "Rise Of The Damnation Army - United World Rebellion: Chapter Two", Bolan told Finland's Kaaos TV: "Well, there's not many differences except in the recording process. We recorded in a few different places with the first EP, where we recorded the whole thing in the same studio with the second. But we took the same approach to writing and recording. The writing for the first one, I'd say, we labored a little more, because we were trying to go back to our roots, and I know that's a cliché saying for bands to say, but it was true. And after 25 years, it's really hard — harder than you would think — to retrace your steps to where you were when you were that 22-year-old kid jamming in front of a mirror and playing your first big gigs or whatever. So we really had to find our roots and rediscover what got us off in the first place, the guys that wrote the first two records, and I think we succeeded in it. That was the biggest difference — I think it was a little harder to write the songs [for the first EP] — but I think what we came out with, the final product, was well worth it."

"When we put the band back together, we needed to reintroduce SKID ROW as relevant without relying too much on past success," explained Bolan. "We wrote songs and hit the road. We sunk our heart and soul into it, letting people know we weren't doing it for lack of something better to do."

2003's "Thickskin" and 2006's "Revolutions Per Minute" were battle plans for hundreds of live shows with new singer Johnny Solinger out front, every night being a hard fought battle to win new fans and convince the old ones. "United World Rebellion - Part 2" is SKID ROW coming out swinging. Rachel and Sabo tapped again into the potent songwriting collaboration that built the band. Sabo said they were eagerly up to the challenge. "We seem to be at our best when we're faced with adversity. It's us against the world again — and by us I mean the band and the fans who stick with us and carry the SKID ROW torch without fail."

New plans came together in an Atlanta recording studio. But it's a different time, a different industry, so they decided to record a series of EPs. "The idea really appealed to me," said Bolan, "especially with the constantly changing musical climate. I like the idea of a steady flow of new music, as opposed to releasing a full-length album then riding it for the next two years."

That guerrilla burst of recording a concise EP fostered a focused intensity that was liberating, said Snake. "The pressure seemed to be lifted. That immediately set me at ease and it became really exciting." 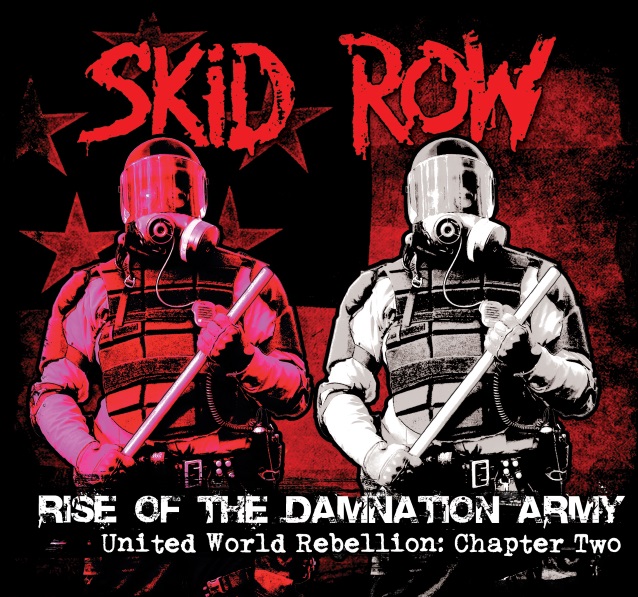