SKID ROW Signs With earMUSIC; New Album In The Works

earMUSIC has announced the signing of SKID ROW to a worldwide deal. The band is working with Grammy Award-winning producer Nick Raskulinecz (FOO FIGHTERS, DEFTONES, MASTODON, RUSH) on its latest sessions after previously collaborating several times with Michael Wagener, who also helmed the group's 1989 self-titled debut and 1991's "Slave To The Grind".

SKID ROW said in a statement: "We are extremely excited to have signed with earMUSIC. Not only do we have an incredible team to work with, but we are label mates with iconic artists like DEEP PURPLE and Alice Cooper. To say we are psyched is an understatement."

Max Vaccaro, general manager at earMUSIC, said: "We have been given the chance to listen to many songs in pre-production stage and we were completely impressed by the energy and the songwriting quality. SKID ROW have reached great levels of success in the '80s and the '90s, but we are sure that they have all they need today to open a new chapter in their career and return to be one of the leading names in the hard rock world."

Back in May 2019, it was announced that SKID ROW had inked a new worldwide deal with Australia's Golden Robot Records. It is not clear why that label is no longer involved in releasing the new disc. 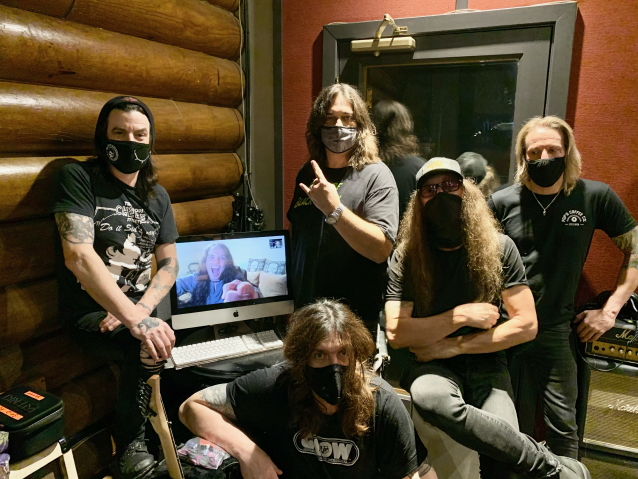