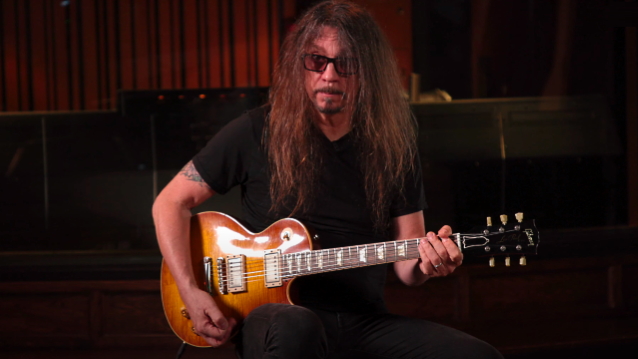 In the latest episode of Gibson TV's "Riff Lords", SKID ROW guitarist Scotti Hill breaks down the riffs of several of the band's iconic songs, including "Youth Gone Wild", "I Remember You", "Slave To The Grind" and "Monkey Business".