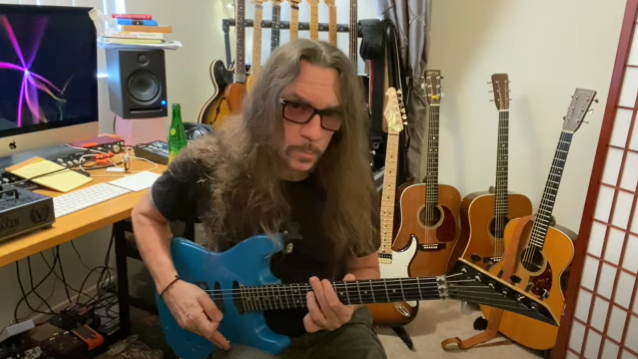 SKID ROW guitarist Scotti Hill has uploaded a video of him playing the guitar solo in the band's classic song "Wasted Time". In a note accompanying the YouTube release of the clip, he wrote: "I had to go back and brush up on this for some upcoming shows for the 30th anniversary of 'Slave To The Grind'. After seeing some people on Instagram playing it, I thought it would make a good lesson. Enjoy!"

SKID ROW is currently recording its new album in Nashville, Tennesse with producer Nick Raskulinecz, who has previously worked with FOO FIGHTERS, STONE SOUR, HALESTORM, EVANESCENCE, RUSH and ALICE IN CHAINS, among many others.