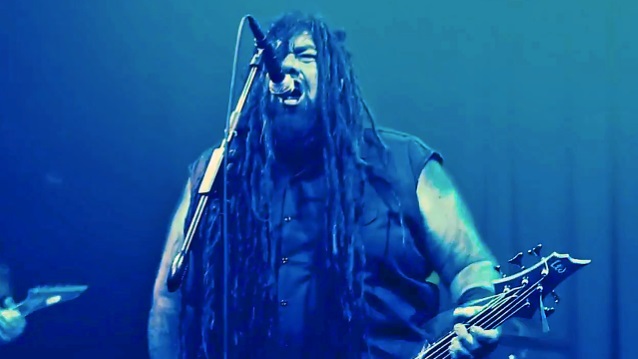 "Dead Tomorrow" and "End Of Silence", two new songs from reactivated San Francisco Bay Area metallers SKINLAB, can be streamed below. The tracks were produced by 36 CRAZYFISTS guitarist Steve Holt and mark the first new music from the band since 2009's "The Scars Between Us" album.

SKINLAB will kick off a short southwestern run, dubbed "Brothers In Blood", on January 25 in San Diego, wrapping on February 3 in Harlingen, Texas. Support on the trek will come from PISSING RAZORS and SHATTERED SUN.

SKINLAB said in a statement: "We are pumped to start 2018 with this first batch of dates and look forward to getting the 'LAB tank rolling along with the mighty PISSING RAZORS and SHATTERED SUN! Come get heavy!"

In 2017, the re-energized band celebrated the 20th anniversary of its debut album with a string of West Coast dates, followed by a summer tour with PRODUCT OF HATE and IKILLYA. Additional dates with the likes of KYNG and ISLANDER followed, after which SKINLAB entered the studio with producers Steve Holt (36 CRAZYFISTS) and Juan Urteaga. In October, the band released its first single in nearly eight years, "End Of Silence". Work continues on the SKINLAB's fifth studio album, slated for release sometime in 2018.

The original lineup of SKINLAB — Steev Esquivel (bass, vocals),Hopkins (drums),Gary Wendt (guitar) and Mike Roberts (guitar) — played "Bound, Gagged And Blindfolded" in its entirety at the BlackThorne Screamfest in October 2106 at the Pico Rivera Sports Arena in Pico Rivera, California.

"Bound, Gagged And Blindfolded" was reissued in October 2007 via Century Media Records. The repackaged disc featured never-before-seen video footage and pictures with liner notes from Esquivel and Roberts along with new artwork layout. 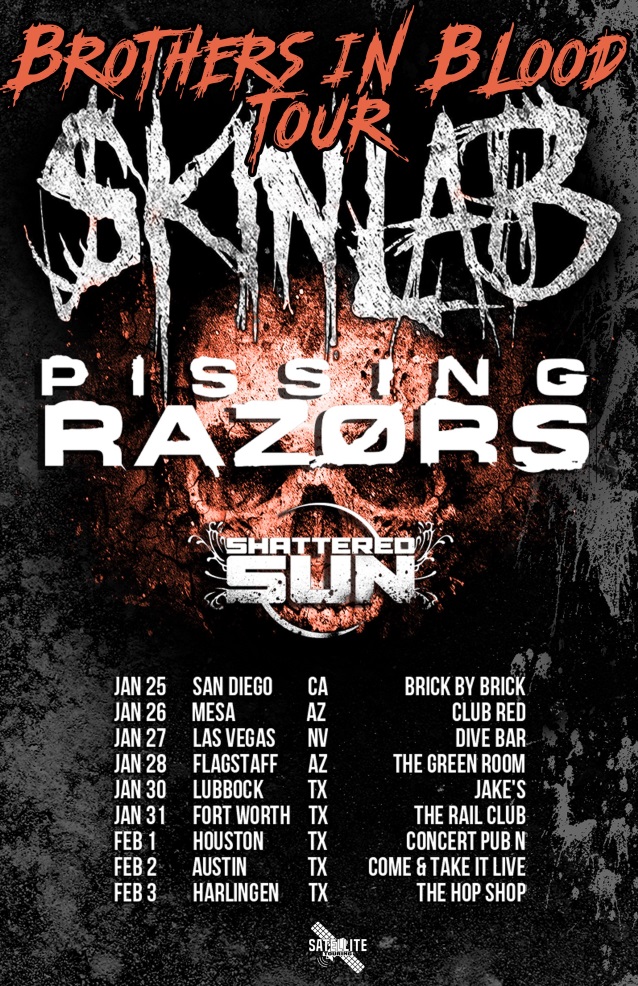