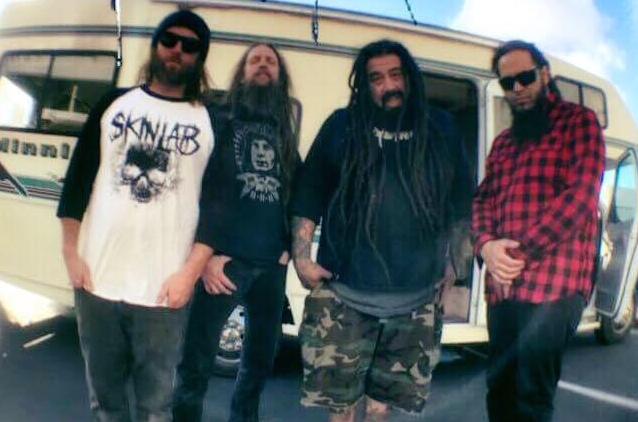 SKINLAB is putting the finishing touches on its fifth studio album for a 2019 release.

Lucas Joyner, CEO of Art Is War Records, states: "Art Is War Records is a label that was meant for a band like SKINLAB. The grind... the struggle... everything that goes into creating music is all out war, so signing SKINLAB as the first artist to help drive the war machine was a no-brainer. I'm honored to have them as a part of the label and to call them my friends."

Fans can expect the first new SKINLAB music video in nearly a decade to surface in the days ahead. In the meantime, a teaser has been issued for the official video for "Dead Tomorrow", recorded with Juan Urteaga at Trident Studios.

Earlier in the year, SKINLAB announced the return of guitarist Steve Green, best known to fans as Snake. Snake remains a member of THE DEVIL IN CALIFORNIA, with whom he's been performing since 2015.

SKINLAB has had different lineups throughout its history, with vocalist/bassist Steev Esquivel and drummer Paul Hopkins as the only mainstays.