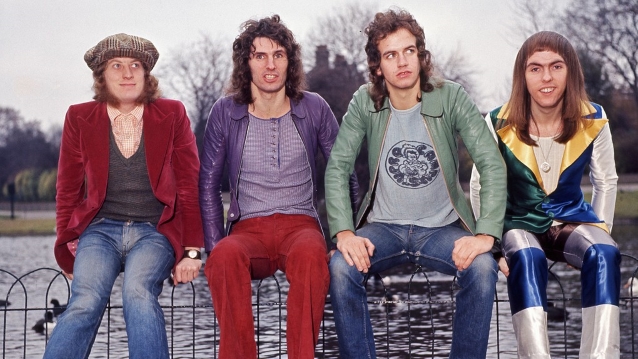 SLADE: 'Feel The Noize - The Singlez Box' Due In May

On May 31, BMG will release SLADE's "Feel The Noize - The Singlez Box", a strictly limited-edition box set comprises of 10 rare internationally released seven-inch singles, including an extremely rare seven-inch promo copy in a lift off lid box.

SLADE is without doubt one of the most exciting bands to come out of Great Britain. With their unique blend of perfect pop-rock'n'roll, outrageous flamboyance and pure fun, and no less than 23 Top 20 singles, of which six were No. 1 smash hits, plus six smash albums, SLADE has become a firm favorite in the hearts of pop fans all over the world.

SLADE first hit the road in 1966, touring throughout Great Britain and Europe and becoming a regular concert attraction. Joining forces with the former ANIMALS bass guitarist and JIMI HENDRIX EXPERIENCE manager Chas Chandler, SLADE achieved its first chart hit in May 1971 with the Bobby Marchan song "Get Down And Get With It" then, released in October of the same year "Coz I Luv You" was the band's first No-1 and a huge hit across Europe.

* Country of origin for each single sleeve in brackets

To purchase this strictly limited-edition "The Singlez Box", go to this location.

For the first time, the full SLADE catalogue will receive a global digital release across all digital service providers on April 12. 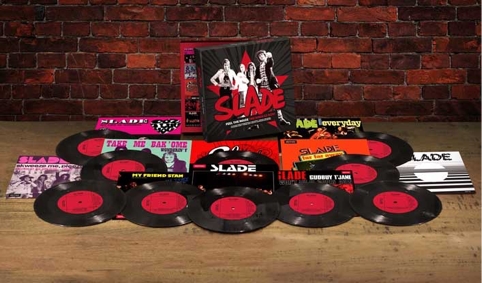