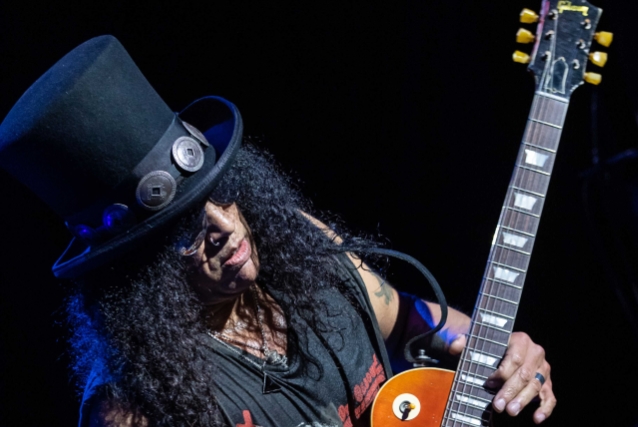 "Living The Dream Tour" was shot on location on February 20, 2019 in front of a rabid crowd at London, England's Eventim Apollo. It features Slash and company roaring through a highly charged two-hour set of tracks from all four of Slash's solo albums. The set includes "Call Of The Wild", "Driving Rain", "By The Sword", "Back From Cali", "Starlight", "World On Fire" and "Anastasia". There's a searing live version of "Shadow Life", as well as "We Are All Gonna Die" and "Doctor Alibi", during which lead singer Myles Kennedy switches vocal duties with bassist Todd Kerns. Watch a "first look" of the "Living The Dream Tour" as the band performs "Anastasia" below.

Earlier this year, Slash told Loudwire about the London concert filmed for the live release: "Whenever you do a live recording, all you can do is just wing it. You can hope that that particular show is not going to be the worst one on the tour. Very rarely do you plan to do a live record and it's the most magic show of the whole tour. That's a kind of luck that just doesn't really happen all that often."

He continued: "It was one of the best London crowds that I played in front of with THE CONSPIRATORS, for sure. It was a really great, great, great live [experience], the whole vibe of the thing was great, and it was great that it was at Hammersmith, which is just one of those historical venues. It was a good, energetic show, and I listened to the live recording, or at least some of it, and it's totally raw, and all the mistakes are in there. We don't really doctor any of it, so it's a pretty honest representation of what happened that night."

DVD/Blu-ray bonus feature: "Live In London" mini-documentary, including interview with Slash and Myles, plus behind-the-scenes footage of the tour.

SLASH FEATURING MYLES KENNEDY AND THE CONSPIRATORS' 2019 worldwide tour in support of their most recent studio album "Living The Dream" continues with the launch of their North American headlining tour through July 15 in San Francisco. The trek will include festival stops at Heavy Montreal in Quebec on July 28 and at Lollapalooza on August 4 in Chicago, Illinois.

"Living The Dream" was released in September via Slash's own label Snakepit Records, in partnership with Roadrunner Records.

"Living The Dream" is Slash's fourth solo album, and third with Slash and his bandmates Myles Kennedy (vocals),Brent Fitz (drums),Todd Kerns (bass and vocals) and Frank Sidoris (guitar and vocals). The artwork was created by renowned visual artist Ron English. 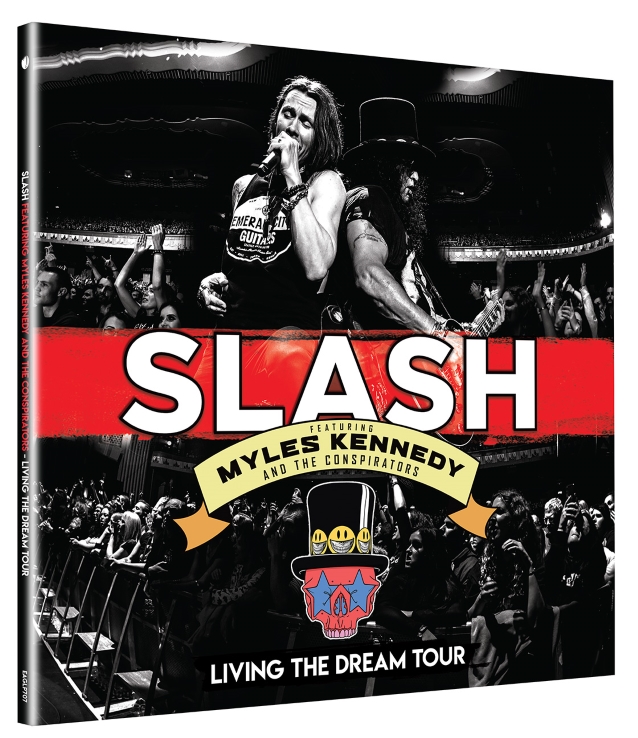