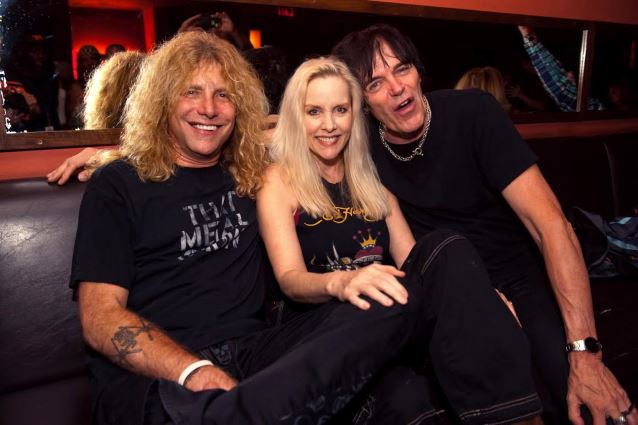 The IES Rock Honors ceremony, part of the four-day IES – INDIE Entertainment Summit in Los Angeles, was a spectacular evening of inductions for the 40th anniversaries of the RAMONES, MOTÖRHEAD, THE RUNAWAYS and a special induction of Slash. A packed hall witnessed the 40th-anniversary celebration to the day (August 5, 1975) that THE RUNAWAYS were formed. The all-girl group, led by the late Kim Fowley, including Joan Jett, Cherie Currie, Lita Ford, Jackie Fox and the late Sandy West, debuted with the song "Cherry Bomb" (which has become a classic over the years, appearing in numerous movies and TV series, including last year's blockbuster "Guardians Of The Galaxy"). Currie accepted for the group, and statements were sent in by Jett and Ford. Joan said: "I can't believe it's been 40 years since that day in Sandy West's basement that we called up Kim Fowley and said, 'We areTHE RUNAWAYS.' Thanks so much to IES Rock Honors!" Ford said: "Thanks for remembering us and keeping the music and legacy alive. [It's] hard to believe it's 40 years later since we met right there in North Hollywood and our lives forever changed from that day on. This is truly a great honor and thanks IES Rock Honors for inducting THE RUNAWAYS!" Currie led an all-star band through an amazing version of "Cherry Bomb" with a punk and metal edge to it.

Slash was inducted by GUNS N' ROSES co-founder Steven Adler and childhood friend Marc Canter (author of the GN'R book "Reckless Road"). Slash accepted via video, while inducting his friend Lemmy and MOTÖRHEAD on their 40th anniversary as a band. Adler led an all-star band in blistering versions of GUNS N' ROSES classics from "Appetite For Destruction", including "Welcome To The Jungle" and "Rocket Queen".

THE RAMONES, also celebrating their 40th anniversary, is one of the most influential bands of the last four decades and highly responsible for the global punk rock revolution. Top-selling bands like GREEN DAY, BLINK-182, THE OFFSPRING and countless others cite the band as a huge influence on their pop punk sounds. Accepted by iconic drummer Richie Ramone (the only RAMONES drummer to sing lead vocals and solely write songs for the group),with testimonials from many, including Currie, he proceeded to drum and sing lead vocals on an explosive set that included "Sheena Is A Punk Rocker", "Blitzkrieg Bop", "I Wanna Be Sedated", "Cretin Hop" and "Teenage Lobotomy". The evening also included interactive Skype presentations by former SLAYER drummer Dave Lombardo, video from Robert Trujillo of METALLICA and more.

IES and the IES Rock Honors are in their fourth year and have previously inducted Jimi Hendrix, SYSTEM OF A DOWN, MEGADETH, JANE'S ADDICTION, THE PLASMATICS, DEEP PURPLE, SKID ROW, Randy Rhoads, EMERSON LAKE & PALMER and THE WHO, among others.

"IES Rock Honors is growing every year," states IES founder and 40-year industry veteran Jay Warsinske, "and it's so rewarding to pay tribute to the true trailblazers with that indie spirit!" 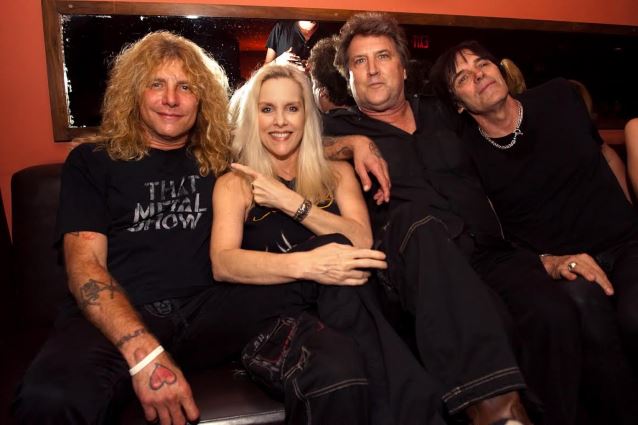 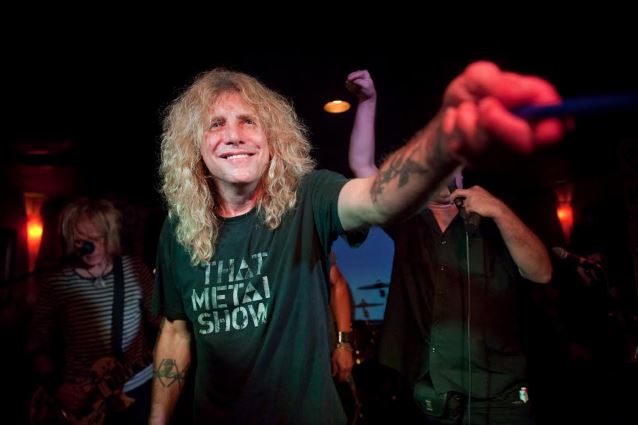 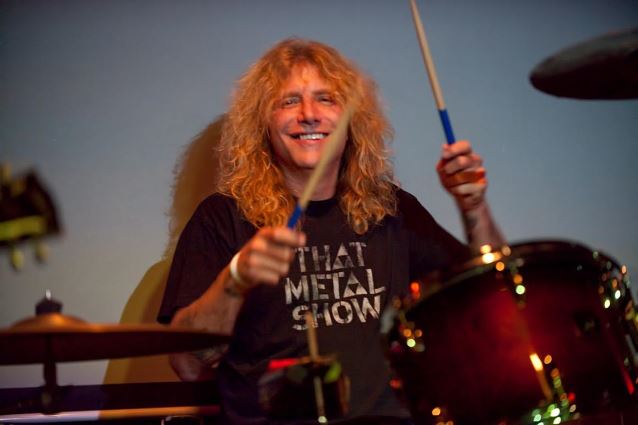 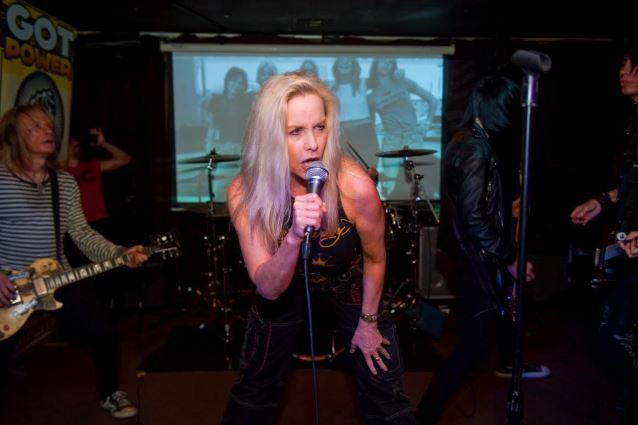 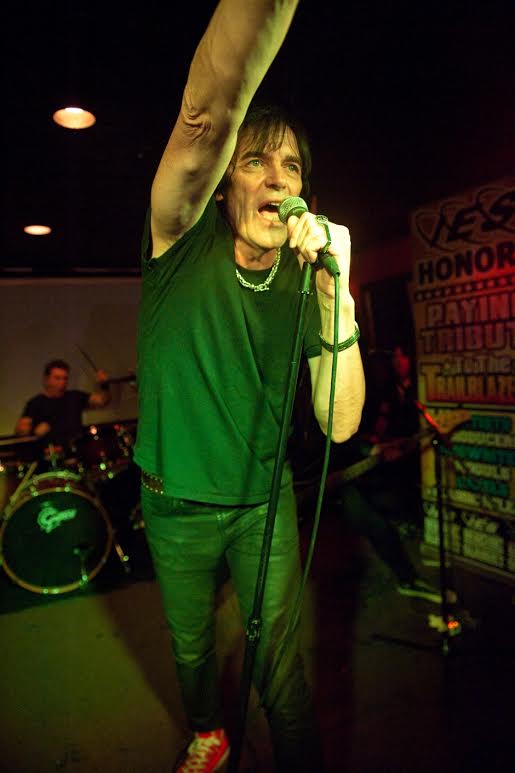 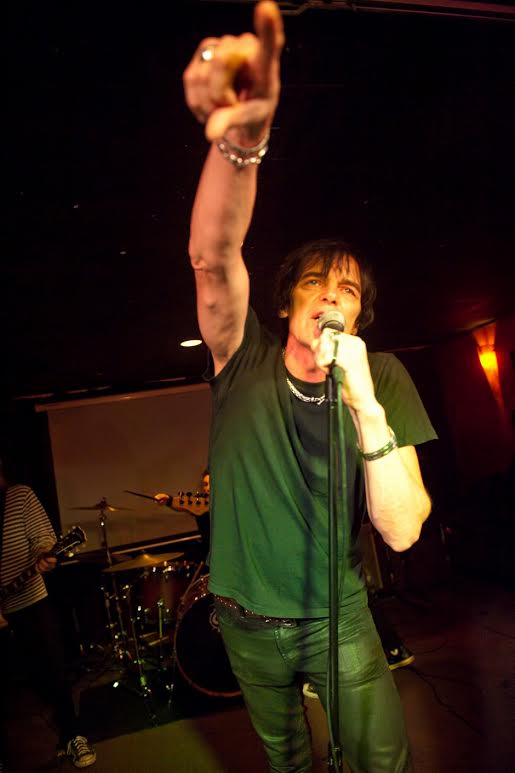 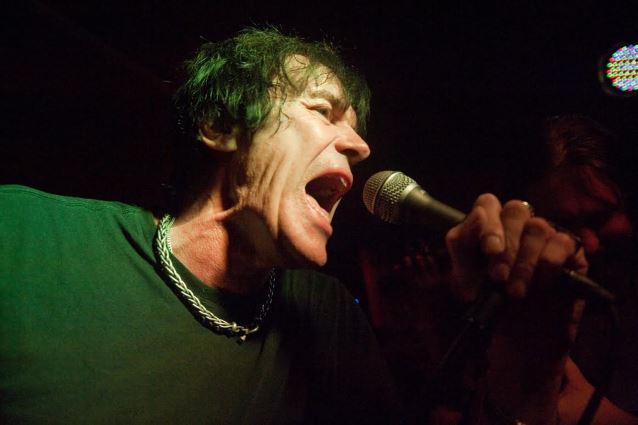 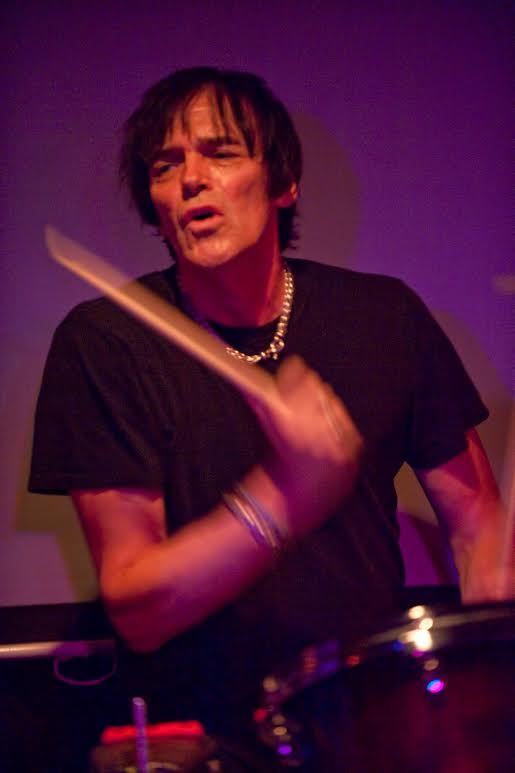