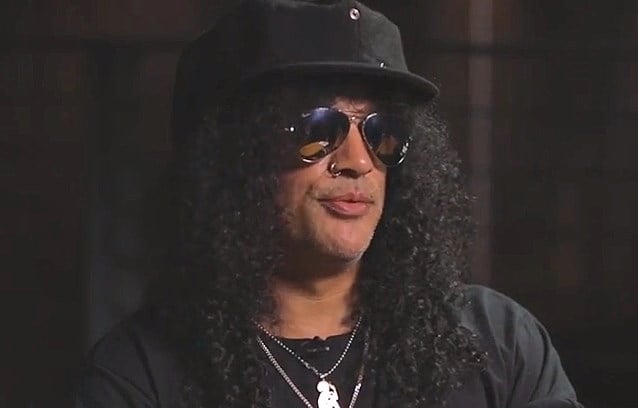 On September 18, legendary guitarist Slash (GUNS N' ROSES, VELVET REVOLVER) was interviewed by Jian Ghomeshi for CBC's cultural affairs show "Q". The program, which aired on Canada's CBC Radio One, can be streamed using the widget below.

As previously reported, Slash will attend the Toronto, Ontario, Canada screening of the first-ever motion picture he has co-produced, "Nothing Left To Fear", this Thursday, September 19 at Cineplex Yonge and Dundas.